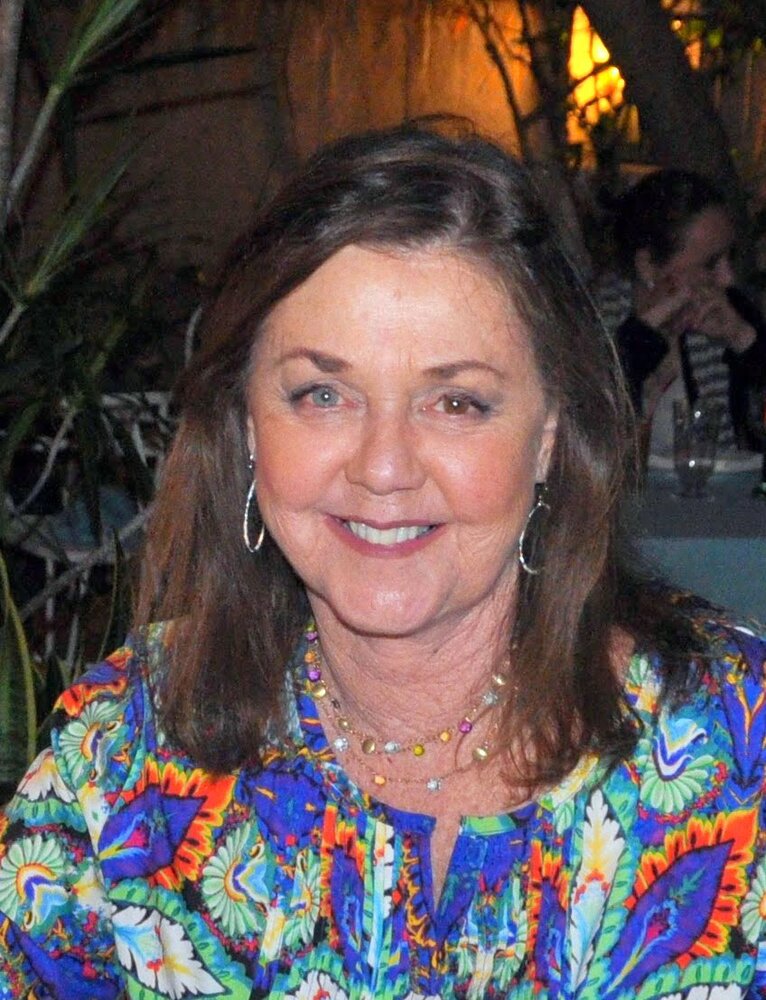 Born during the height of the post-war baby boom in 1947, she was the fourth generation of a long time Larchmont family, daughter of Virginia Murphy Prendergast and Scott Prendergast and sister of her younger brother Jay.

She died peacefully at home, according to her wishes, following more than three years of Ovarian Cancer which she pragmatically dealt with as she continued to enjoy her last years of life.  She died surrounded by her family who showered her with kisses and hugs to the end and beyond.

Lauren, known as Laurie, attended St. Augustine’s Grammar School and Holy Child High School while spending joyous summers of her youth at the Larchmont Shore Club growing up in the family Shore Road home in the Manor.  The friends she made during those years remained dear friends through her dying days referring to that circle of friends, of the numerous circles she had, as ‘my grammar school friends’.

Additional years of college saw her at Rosemont in Philadelphia and Newton in Boston harbingers of her childrens’ college education at University of Pennsylvania and Boston College in those same cities.  Following that Catholic education Laurie’s free spirit was liberated which led her to travel and live in California and Hawaii to which she returned to visit as a more traditional tourist numerous times over the years with family and friends.

She met her future husband, Gregori Pasqua, only a first generation Larchmonter, in 1971 and began their life together in 1972 taking on and embracing his family of five girls which quickly became her sisters as much as his.

Their life together, in pursuit of adventure and education, saw them pass through the upstate New York hamlets of Meridale, Oneonta and Delhi followed by a summer of sun and beach in South Hampton before moving to frigid Chicago where they spent years while Gregori continued his education attempting to make something of his life, drivingly motivated by Laurie.

Laurie, diagnosed with Type 1 Diabetes at the age of ten, was told growing up that she probably wouldn’t be able to safely have children but exhibiting a focused determination, which she practiced to her dying day, she gave birth, with difficulty, to her first child, her daughter Yvette, in February of 1976 in Chicago.  They finally returned ‘Home’ in 1979 where Laurie then gave birth, with less difficulty, to her son Evan.

With two children in tow and Gregori beginning his career in Chiropractic, they lived in Rye and Mamaroneck collecting additional memories until they finally settled in their Mamaroneck Bruce Road homestead.  They quickly turned that property into their own country club hosting for years legendary Christmas holiday parties and weekly summer Sunday BBQs.  The Independence Day BBQs included a private fireworks show courtesy of neighboring Winged Foot.

All that time Laurie very actively supervised Yvette’s and Evan’s development and education while they attended Mamaroneck schools in some cases taught by some of the same teachers their dad and aunts had.  The greatest satisfaction Laurie had in her life was watching Yvette and Evan become exemplary adults, marry, bringing into the family their dearest spouses Landry and Kerry  who would give her the loves of her life her grand daughters, Ashlyn, Rowan and Madeline.

Laurie always worked and after a period of youthful fun jobs she settled in as a manager of a small Scarsdale law firm until Gregori forced her to retire.  She was a voracious reader and a sharp card player which she channeled into being an accomplished bridge aficionada.   She loved theatre and art and frequented those venues with her friends.  She loved to shop, rarely for herself, and could often be found patrolling the aisles of Bloomingdales in White Plains where, to Gregori’s surprise, she was on a first name basis.

Over these years Laurie continued to add and expand her friendships as friends were the focus of her life second only to family.  Her many and diverse circles of friends will all dearly miss her.

Laurie loved to  organize memorable trips with family and friends.  She researched and planned vacations, as a young family,  to most of the Caribbean Islands, a different one each year.  Later she planned trips with friends to Europe surprising and pleasing all with the villas she discovered.  Recently, Laurie and Gregori enjoyed winter months in Florida connecting with family and friends there.  She taught her family the joys of travel which they in turn have practiced well.

Lately Laurie and Gregori, like many, thoroughly enjoyed the many offerings available streaming on TV with her favorite being ‘The French Village’.  And of course, every night at seven was time to try and outwit the contestants on Jeopardy.

Laurie, true to her German-Irish ancestry  was tough and strong, not one to pass on an opportunity to speak her mind.  She was passionate in her beliefs.  She oversaw her family with a strong hand but never discouraged or inhibited any from doing anything and everything, within reason, that they wanted to do.  This lifelong toughness of mind served her well in giving her the strength she needed to actually enjoy the last years of her life and not just live them.  She insisted those in her family continue to enjoy that which they enjoyed while she was alive.

Laurie outlived her family but is survived by her bereaved husband Gregori,  his parents Valerio and Susan in their 96th and 92nd years as well as Gregori’s sisters Valerie (Kevin Masback), Dominique, Francesca, Vivienne (Michael Pietrunti) and Celeste.  Additionally Laurie will be remembered by numerous nieces, nephews and cousins.

Laurie and the sparkle in her eyes, one green and one brown, will be sorely missed.

Share Your Memory of
Lauren
Upload Your Memory View All Memories
Be the first to upload a memory!
Share A Memory