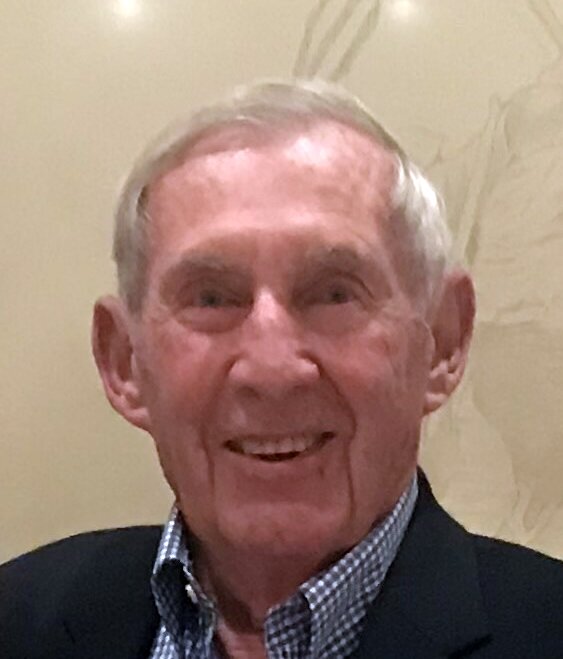 William “Bill” Reilly died on Thursday October 7 after a brief illness.  He was 82.

Born on October 10, 1938 in Peekskill, NY to William and Ann Reilly, Bill was a graduate of Croton-Harmon High School and SUNY Cortland, where he played lacrosse.  Bill also served two years in the Army National Guard.

Bill started his career as a physical education teacher in 1961 at the old Central School in Larchmont, NY.  His career spanned 38 years and four school buildings, all within the Mamaroneck Union Free School District.  In addition to teaching, he also enjoyed his time coaching sports such as football, basketball, soccer, wrestling, lacrosse and baseball.  He helped start both the wrestling and lacrosse programs.  While at Mamaroneck High School, Bill was also the Assistant Athletic Director and on the Athletic Advisory Committee.

Bill was very involved with the youth of the community.  Over the years he helped start Safe Rides and The Cove.  He worked as Youth Advocate, ran the Teen Center and was the Summer Youth Employment Coordinator.  He also served as the coordinator of the Monday Night Men’s Basketball Program.

As much as Bill loved his teaching job, his greatest love was his family.  On December 21, 1963, Bill married the love of his life, Barbara Schevera. They spent the first few years of their married life in New Rochelle, welcoming their first child, Beth, in 1965.  Bill and Barbara moved to Rye in 1966, where Brad was born later that year.  In 1969 they moved to Croton-on-Hudson and Carolyn arrived in 1970. In 1973, they made their final move to Larchmont, welcoming Meghan in 1976.  Bill once said that there seemed to be a correlation in the number of houses they lived in and the number of children they had, so they decided to stop moving.

Life got even better, though, with the addition of their six grandchildren:  Kelly, Kristen, Kevin, Ryan, Katarina and Samantha.

Bill and Barbara lived a wonderful life with their children and grandchildren.  After retirement they started traveling and fell in love with the cruising life.  They traveled multiple times a year to lovely locations.  In 2013, the entire family traveled together on a cruise to the Caribbean to celebrate their Golden Anniversary. They continued traveling until the pandemic.

He will be greatly missed by his entire family, including his loving wife, Barbara, daughter Beth McCain (Patrick) of Jamestown NC, their daughters Kelly of London, UK and Kristen of Arlington, VA, son Brad Reilly (Angela) of Phoenix, AZ, daughter Carolyn Dow (Stephen) and their sons Kevin and Ryan of Mansfield, MA and daughter Meghan Aubert (Timothy) and their daughter Samantha of Larchmont, NY.  He was preceded in death by his granddaughter Katarina Reilly Aubert.

A Mass of Christian Burial will be celebrated on Wednesday October 13, 2021 at 10:00am at Saints John and Paul Church, 280 Weaver Street, Larchmont, NY

In lieu of flowers, donations may be made to Alzheimer’s Association – Hudson Valley Chapter in Bill’s memory/in honor of his wife Barbara or The Wounded Warrior Project