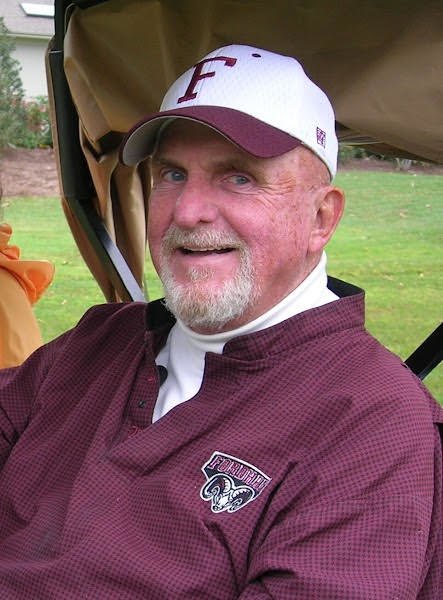 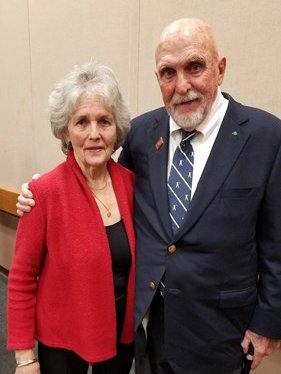 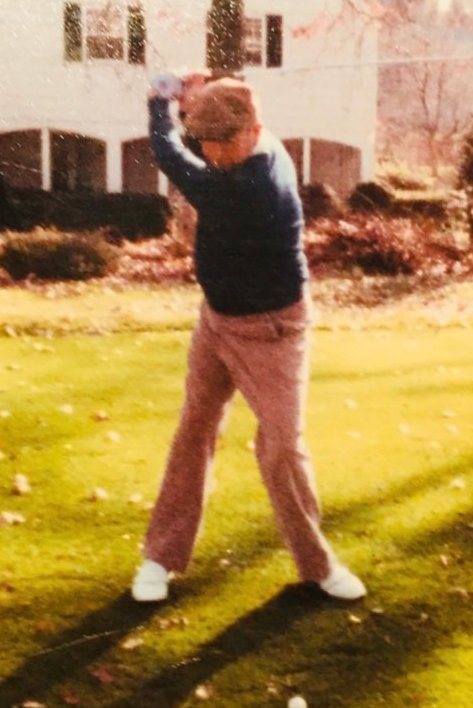 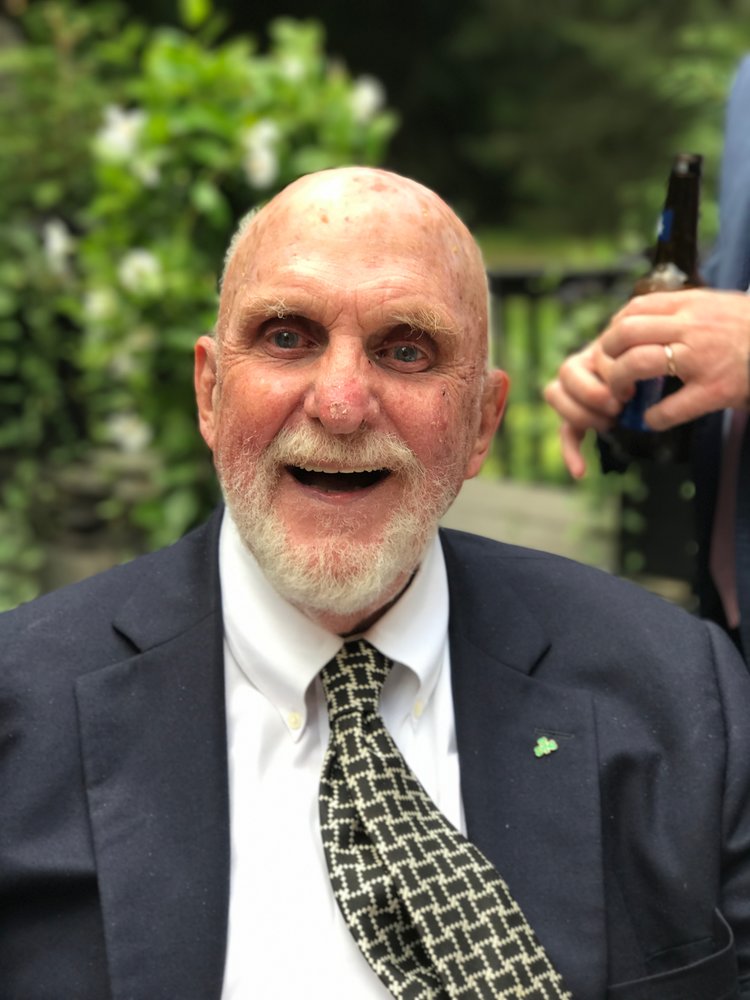 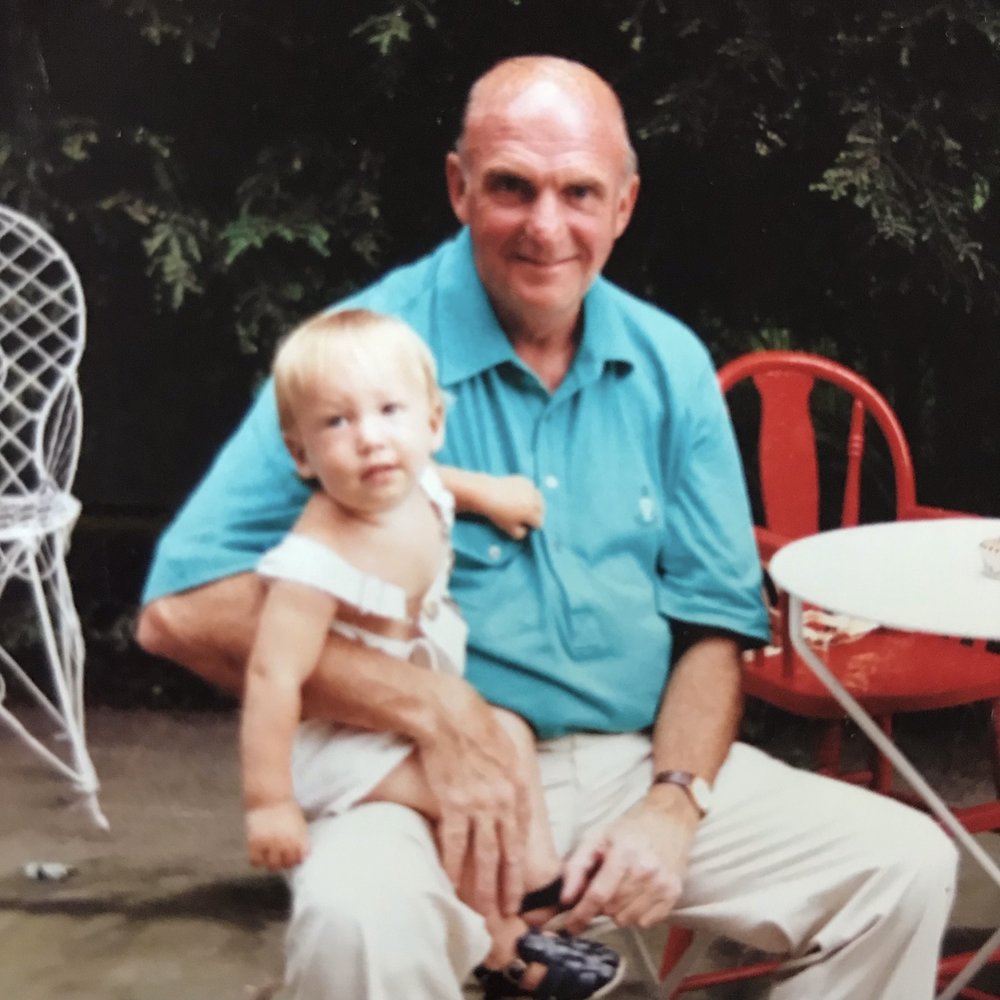 Paul Raymond Dillon, Sr., whose life of unwavering faith, unconditional love, service, and integrity inspired so many, passed away peacefully on July 20, 2021. He was 85 years old.

Paul always had a bright smile on his face and a twinkle in his eye. He genuinely connected with every human being with whom he crossed paths, and was devoted to helping others.

Paul was born on September 1, 1935 in New York, NY to Paul Joseph Dillon and Beatrice Raymond. He was the proud older brother to Patricia Murphy. Raised in New Rochelle, Paul attended Archbishop Stepinac High School where he played baseball and ran track. Paul’s father died when he was just 15, so he quickly assumed the responsibilities needed during those challenging years.

In 1959, Paul met the love of his life, Mary Ellen Brady, and they had their first date at Christmas Eve Mass. They were married for nearly 60 years.

Paul and Mary Ellen moved to Mamaroneck in 1972, where they raised their six children. Their home was the heart of every family gathering, whether it be a small pop in to eat a Sal’s slice, or a big lively Christmas dinner. Paul shared daily cherished memories here up until his last day, with his beloved Mary Ellen by his side.

Professionally, Paul had a successful 25 year career as sales director at Union Camp Corporation. Personally, he spent countless hours dedicated to helping those in drug and alcohol recovery, having endured his own personal struggles. He served as the President of the Halfway Houses of Westchester Foundation and fundraised for St. Christopher’s Inn at Graymoor.

Paul’s love of family was only rivaled by his passion for golf, which blossomed at age 23. A devoted student, teacher, and ambassador of the game, he was a member of Winged Foot Golf Club, and served on executive committees of The Westchester Golf Association, The WGA Caddie Scholarship Fund, and The Metropolitan Golf Association.

Paul began coaching Fordham University’s Golf Team in 1996. Paul received many accolades, including 2004 Coach of the Year by the Atlantic 10 Conference and inductions into the Westchester County Sports Hall of Fame in 2018, and Fordham Athletics Hall of Fame in 2019. He profoundly enjoyed mentoring his student-athletes year after year, developing lifelong relationships with his players.

A gifted artist, Paul painted remarkable portraits throughout his 50’s, 60’s and 70’s, tapping into an artistic vein in his gene pool. Paul’s portraits of talented golfers like Phil Mickelson, Arnold Palmer, and Rory McIlroy, are displayed at clubhouses around the world.

Of all that he accomplished in his notable life, nothing made Paul prouder or gave him more joy than his six children, Paul (Joy), Matt, Kevin, Kate, Tim (Sarah), and Brian (Julia) and his 11 grandchildren, Sean, Amy, Emma, Tommy, Mia, Gracie, Brendan, Ava, Ty, Mikey, and Kara, and his great-granddaughter Isabella. He is survived by his wife Mary Ellen, sister Patricia, and sister-in-laws Joan Keane and Ann Brady.

In lieu of flowers, contributions in Paul’s memory can be sent to The Caddy Scholarship Fund: www.caddiescholarship.org or St. Christopher’s Inn at Graymoor: stchristophersinn-graymoor.org

Mass is Monday 10:00 AM at St. Augustine Church

Share Your Memory of
Paul
Upload Your Memory View All Memories
Be the first to upload a memory!
Share A Memory