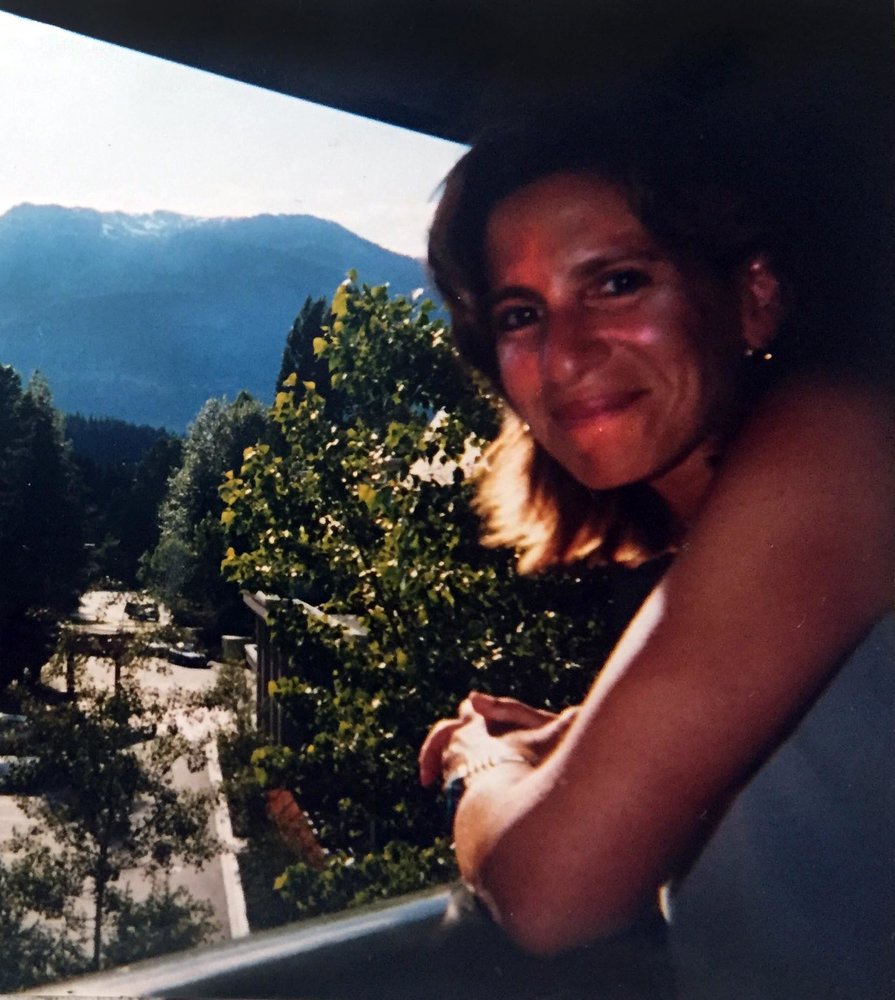 A Mass of Christian Burial will be celebrated for Caryn on Thursday April 4, 2019 at 10:00 AM at St. Augustine Church in Larchmont.  Interment will follow at Locust Valley Cemetery in Locust Valley, NY

Parking in Larchmont is free. You can park any ware on the street or in one of the municipal lots near the funeral home for up to two hours between 6:00 AM and 6:00 PM, and with no time limit after 6:00 PM until 2:00 AM.  The Lot off Adison Street connects with our lot behind the funeral home.  There is also a lot next to CVS at 21 Chatsworth Ave. which is one block from the funeral home. We will have men out in front of the funeral home to help you find parking as you pull up.

Caryn Joan Colombo was born in Brooklyn, New York, on January 6th 1962.  One of five children , Caryn grew up in Manhasset, Long Island. The daughter of a general surgeon and a nurse, it wasn’t surprising that Caryn pursued a career in medicine but not before she had explored the possibility of a life in television broadcasting.  Caryn attended Pepperdine University which lended itself to explore this option, but medicine called and at twenty-eight, she began her studies.  Caryn received her medical school degree from Des Moines University, Iowa in 1996.  Caryn was chosen by Mount Sinai, Elmhurst Hospital, Queens, NY in 1997 and so began a career as an Emergency Medicine Physician for the next twenty-two years.

Caryn became part of what is affectionately called the “band of brothers” (and sisters). A group of physicians, many of whom  still work there to this day. The closeness of this group is astounding and through the last years as Caryn courageously battled colon cancer, the outpouring of love and support from this group has left the family indebted to each one of them. Not only did Caryn’s gentle and kind spirit touch colleagues, but nurses, administrative staff, even the parking attendants, all loved Caryn simply for being a kind and respectful soul who treated everyone equally.  But Caryn had interests outside of medicine as many of you know.

Probably her greatest love was marine biology, specifically sea turtles.  One year her interest took her to Baja, California where she joined a group that assisted turtles in laying their eggs safely on the beach.   Caryn also loved whales.  Just last year when out kayaking in Linekin Bay, Maine, she witnessed a Humpback whale who had inadvertently found its way into the bay.  She tracked the mighty creature for an hour and we now have a cell phone filled with the experience.  Caryn knew much about whales, studying marine biology for two years at Stoney-Brook, SUNY, and later enhanced her studies by researching in Kaikoura, New Zealand.

Caryn adored her family and they adored her.  Her cousins appreciated her kindness, patience, quiet talks, and advice.  She has made them all better people who strive to be the best.  Caryn set the bar high and has left a lasting impression on them all. But her most special relationship was with her life partner of twenty-three years, Carol Morgan.  Together Caryn and Carol created a life respected by many for its dedication to respect and encouragement of others.  The picture on the back of this program hung in their home for twenty years illustrating how they walked through life together.  They believed in a life of service and the outpouring of love that Caryn has received surely illustrates that she lived up to her creed.  One final note.
In Caryn’s final days at home, Carol set up her bed in the sunroom off the kitchen and while Caryn lay in bed, Carol cooked and blasted their favorite song: Brandi Carlile’s: “The Story.”

Caryn J Colombo has been described in every positive term imaginable.  She truly was extraordinarily special and it makes sense that God would want her with him as soon as he could.  She will be carried in the hearts of many, forever.  God grant you peace Caryn Colombo.

Share Your Memory of
Dr. Caryn
Upload Your Memory View All Memories
Be the first to upload a memory!