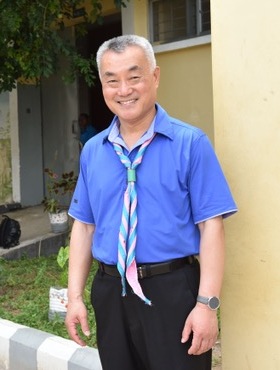 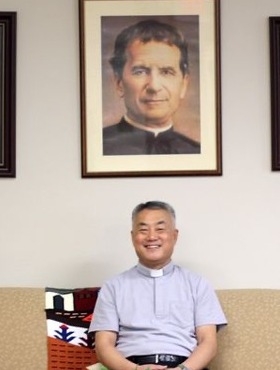 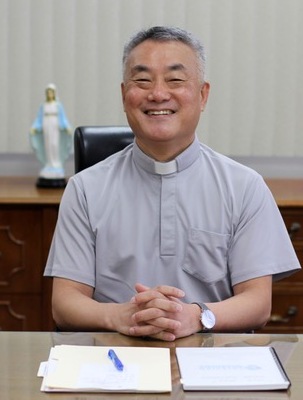 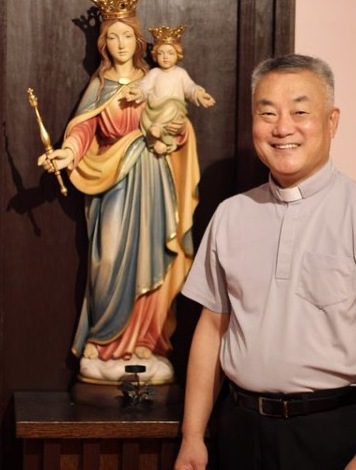 Fr. Augustine “Gus” Woon Taek Baek, SDB, died on December 30 at the Salesian Provincial Center in New Rochelle. He was 64 years old and had been a professed Salesian of Don Bosco for 35 years and a priest for 27 years. Fr. Baek was diagnosed with stomach cancer in 2020. The cancer spread in spite of  hospitalizations and chemotherapy. Fr. Baek was beloved in the Korean community of the New York metro area, whom he faithfully served for most of his priestly life, and they attended him tenderly in his last months—as did his Salesian confreres.

Woon Taek Baek was born in Kwangju, South Korea, on September 19, 1958. His parents were the late Nam-Sik Baek and Kwi-Ja Lee. The family included two sons and four daughters. Woon Taek became a Christian as a teenager, baptized with the name Augustine on May 29, 1971. As a high school student Gus distinguished himself as head of the local unit of the Catholic students’ movement in his school. He had a mature character solid in the faith, friendly, and considerate in addition to organizational ability. After high school he completed mandatory military training, then emigrated to the U.S. He became an American citizen in 1988.

In 2004 Fr. Baek founded the Reborn Young Christ Center for Korean youth ministry in Stony Point, N.J., which he coordinated for 15 years. He traveled extensively in service to Korean-American youths and helped bring Salesians from Korea to minister to youths in both the New York and Tampa areas. His director in Stony Point called him “always gracious and conscientious regarding community and religious affairs. He was revered in the Korean community and pastoral especially in caring for young adults.”

In 2019 the Salesians called upon Fr. Baek to assume leadership at Salesian Missions in New Rochelle. He began with energy and an ever-cheerful disposition. After his cancer diagnosis, he carried on as best he could, even traveling to make mission appeals as late as August 2022. During his two years of illness, Fr. Baek was usually upbeat and hopeful. He was always ready for whatever God was asking of him.

In addition to his Salesian brothers and sisters, Fr. Baek is survived by his sisters Monica Cho of Fairfax, Va.; Soon Ja Baek (Maria) of Seoul, South Korea; and Hyung Hee Baek (Justina) in Seoul; and his brother Hyung Jo Baek (Francis) of Seoul. Another sister, Julia, died recently in Korea.

Interment will follow the Mass at the Salesian Cemetery 3 Craigville Road, Goshen NY 10924

Share Your Memory of
Augustine
Upload Your Memory View All Memories
Be the first to upload a memory!
Share A Memory