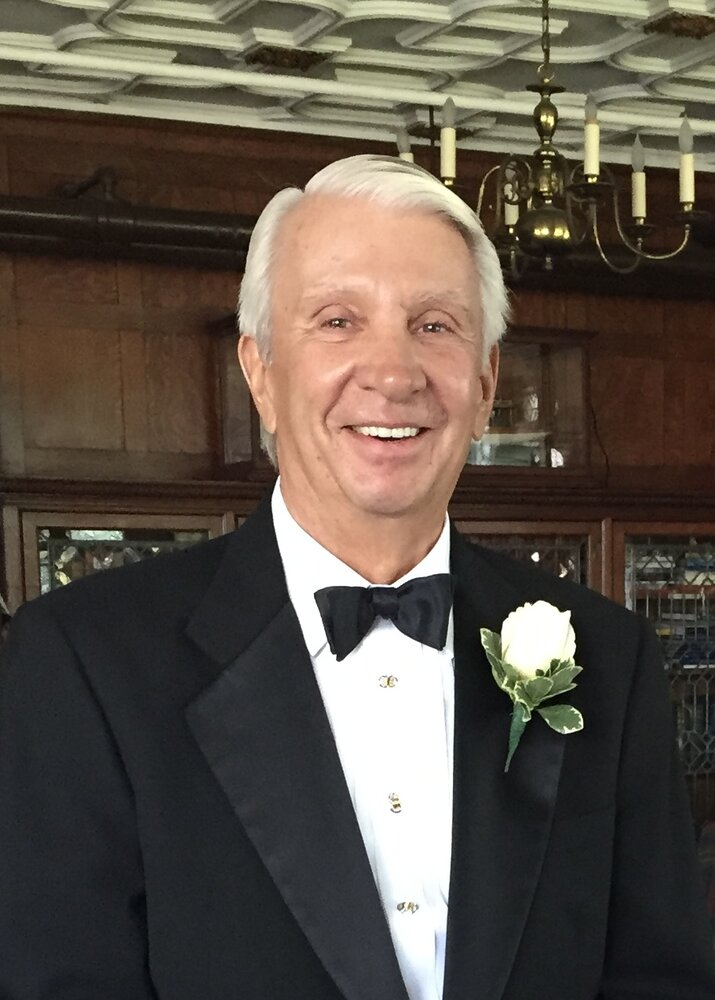 George Peter Parthemos of Larchmont, New York passed away on August 29, 2022. Afraid of getting old, a family trait, he passed peacefully just days short of his 79th birthday.

George attended Culver Military Academy where he was first introduced to sailing as a member of the school’s sailing team and broke horses as a member of the Black Horse Troop. It was with the Black Horse Troop that he rode as part of the inauguration parade for President John F. Kennedy. Following graduation, George attended Otterbein College where he earned a Bachelor of Science in biology and then Washington and Lee earning his Law Degree.

Ever sharp and ambitious, his drive brought him to NYU Stern where he earned his Master of Business Administration. He went on to work for Chemical Bank, Lehman Brothers and was the founding partner of Tri-Focus Capital.

George had the ability to make anyone who met him feel welcome and at ease. Whether it was taking friends and family on afternoon sails, opening his house to relatives, or cooking delicious meals on the barbecue, you always felt at home with his warm smile and generous ways. Close friends, however, will fondly recollect his mischievous behavior and the witty banter that always kept them on their toes.

George is survived by his wife, Cynthia, his two daughters Laurin (Tuathal), Anna (Niall) Meechan, granddaughter Amelia, brother-in-law Frank, and many nieces, nephews and cousins. He is predeceased by his parents Peter and Irene, and his sister Stelianne.

The wake will be at Fox Funeral Home in Larchmont, New York on Thursday, September 1st from 4pm to 7pm; funeral services will be held at Holy Trinity Greek Orthodox Church of New Rochelle, NY Friday, September 2nd at 10am, with traditional viewings preceding the service at 9am. Following the service, the family welcomes friends and relatives to the Larchmont Yacht Club to celebrate his life. The interment will be private.

In lieu of flowers please donate to:

Share Your Memory of
George
Upload Your Memory View All Memories
Be the first to upload a memory!
Share A Memory