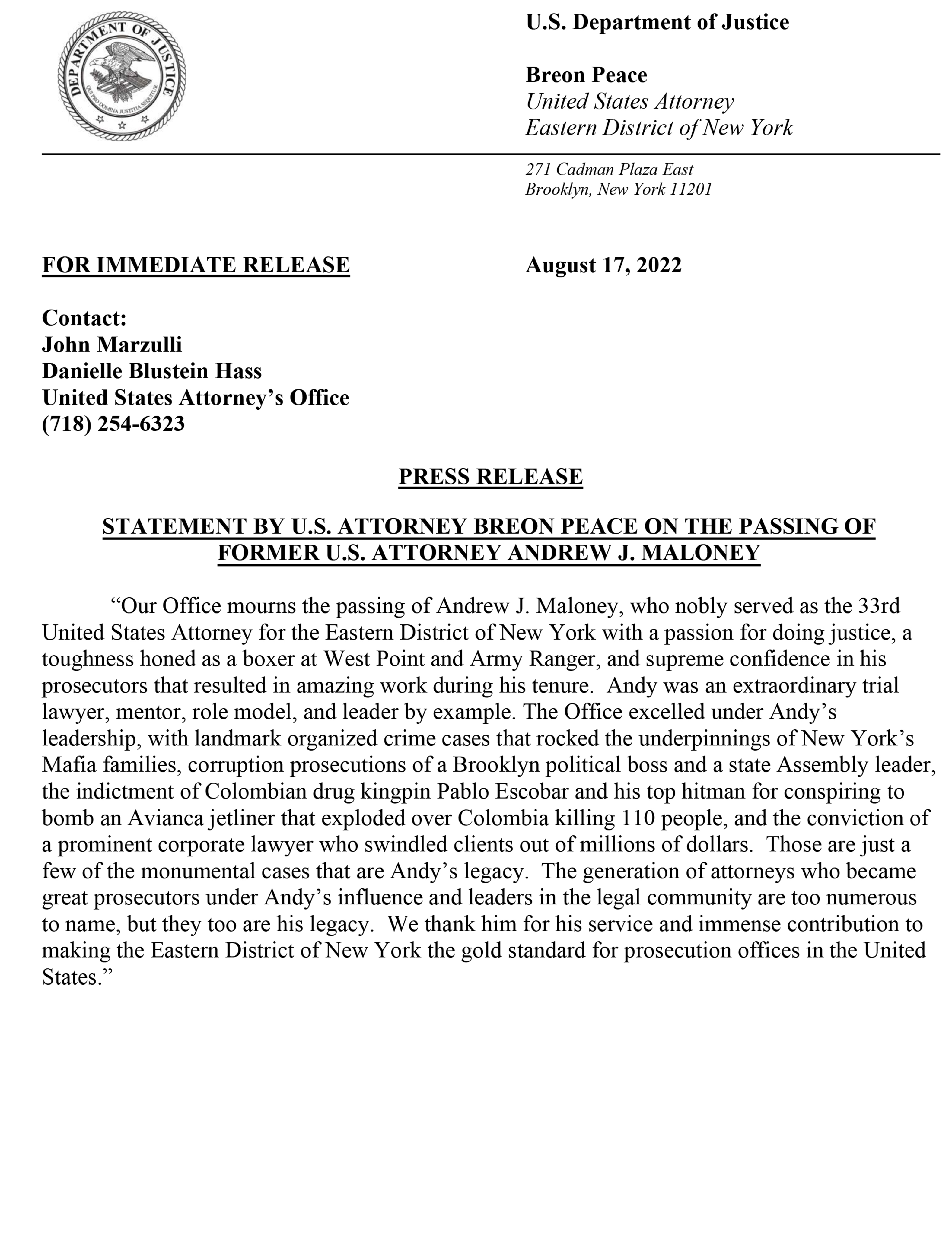 Andrew J. Maloney, former U.S. Attorney for the Eastern District of NY, passed away on August 15th, five weeks after his beloved wife Eleanor passed herself after 65 years of marriage.  Mr. Maloney was an intercollegiate boxing champion at West Point where he graduated and went on to serve as an Army Ranger.  Born in Brooklyn and attending Fordham Law School at night, he spent the bulk of his career as a federal prosecutor in the SDNY and EDNY.  A two-time Presidential appointee to serve as the US Attorney in Brooklyn where he successfully tried the case that sent notorious mafia gangster John Gotti to prison. He successfully mentored a generation of law enforcement officials and trial lawyers.

Share Your Memory of
Andrew
Upload Your Memory View All Memories
Be the first to upload a memory!
Share A Memory