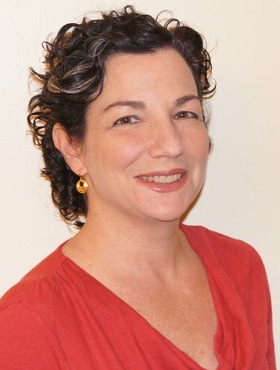 Dr. Marilyn Sibery Memorial Fund at the Cancer Couch Foundation (See link at the bottom of the obituary)

Marilyn Jane Spiegel Sibery, 51, of Pelham Manor, NY, passed away at home with her family on December 16, 2021 after a long battle with breast cancer.

Marilyn was born on February 5, 1970 in New York City to Irwin and Carol Spiegel and grew up on Long Island.  She graduated from the University of Pennsylvania in 1992 with a BA in English and briefly pursued a career in publishing at HarperCollins.  It didn’t take long for Marilyn to decide her passion was medicine and after completing a post-baccalaureate program at Columbia University, she graduated from the Mount Sinai School of Medicine in 2002.

In 2005, after completing an internal medicine residency at St. Vincent’s Hospital in Manhattan, she did a geriatric Fellowship at Maimonides Hospital in Brooklyn.  She pursued a career as an internist before focusing on Addiction Medicine, an underserved area she felt needed more physicians with specialized training.  Marilyn was a strong and vocal advocate for bringing a compassionate, but evidence-based medicine approach to drug and alcohol dependency.    She first worked to help patients at community clinics in Harlem and the Bronx, and was later the Director of Behavioral Health at a hospital in Westchester.  In 2018, she opened her own practice, Westchester Addiction Medicine.  While always interested and dedicated to the latest medical advances and research, Marilyn’s true love was meeting and helping patients and many of whom she remained in contact with over the years.

During her final year at Penn, Marilyn met her future husband, Rick Sibery, and she eventually followed him to his home state of Ohio before convincing him New York was the place to be.  Marilyn reminded Rick many times that she had always dreamed of being a single career woman in New York City and she couldn’t remember how he managed to marry her at 24.   Marilyn and Rick recently celebrated their 27th wedding anniversary with a trip to Portland, Maine, one of the remaining places she had always wanted to visit.

Marilyn’s true happiness came from her three children, Kate (18), Jack (15) and Reese (14).  Kate will be starting Columbia University in the Fall of 2022 and Jack and Reese attend The Masters School in Dobbs Ferry, NY.  Whether supporting Jack at various sporting events, being the biggest fan of Reese’s singing/song-writing performances or Kate’s decision to spend a year in France before college, she always conveyed her love and affection with a sense of adventure.  It wouldn’t be fitting to not mention her beloved dog Max, who was loyally at her side until the very end.  She also had a passion for running and exercise.  While she enjoyed training for and running two New York Marathons, it was the runs, walks and classes with friends that brought her the most joy and were a sacred part of each week.

Marilyn was pre-deceased by her father and father-in-law, Irwin Spiegel and Richard Sibery.  She is also survived by her mother Carol Spiegel, brother Eric Spiegel, mother-in-law Sharon Sibery, sister-in-law Shelley Paulette and brothers-in-law Anthony Paulette and N. Jay Holtz. She will also be remembered by many friends, colleagues and patients.

Services will be held at 12:30pm on Monday, December 20th at John J. Fox Funeral Home in Larchmont, NY.  In lieu of flowers, the family requests donations to made to The Cancer Couch Foundation, for which 100% of donations are matched and go to fund metastatic breast cancer research at Memorial Sloan Kettering Cancer Center and Dana-Farber Cancer Institute.

Shiva will be held at the Sibery Home
27 Priory Lane Pelham Manor, NY 10803

Share Your Memory of
Marilyn
Upload Your Memory View All Memories
Be the first to upload a memory!
Share A Memory