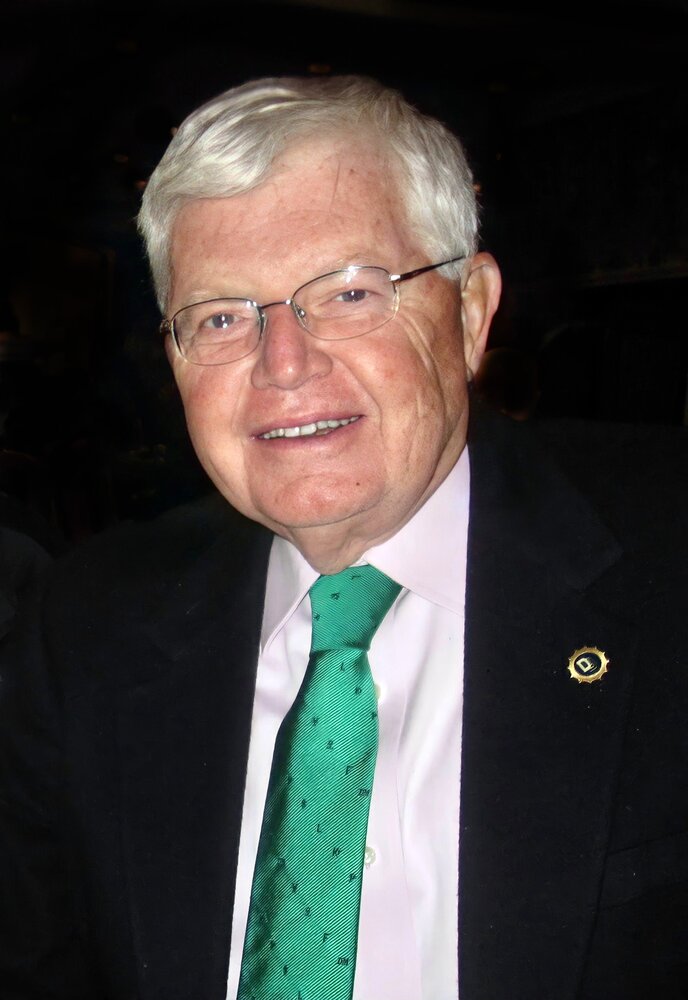 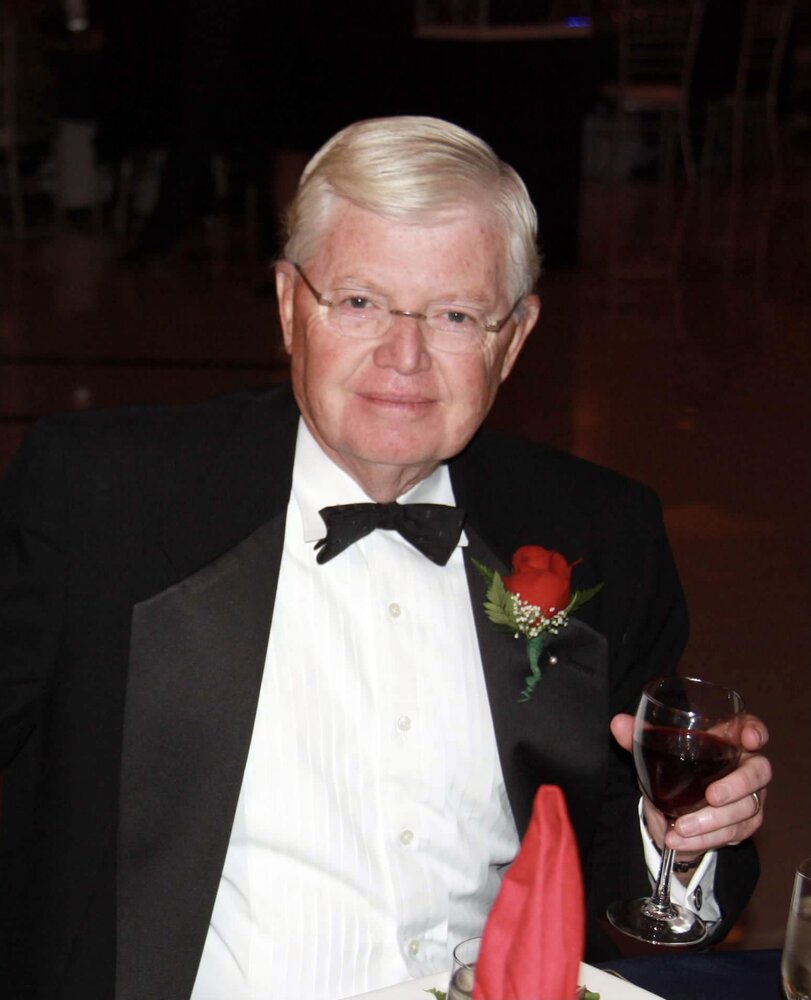 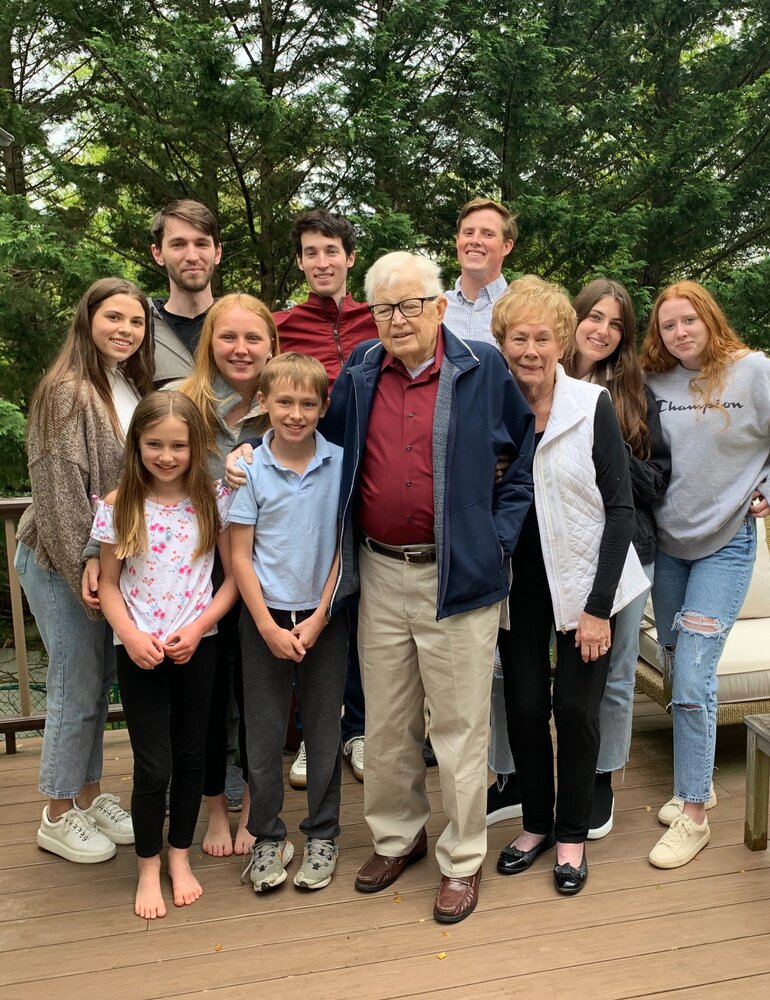 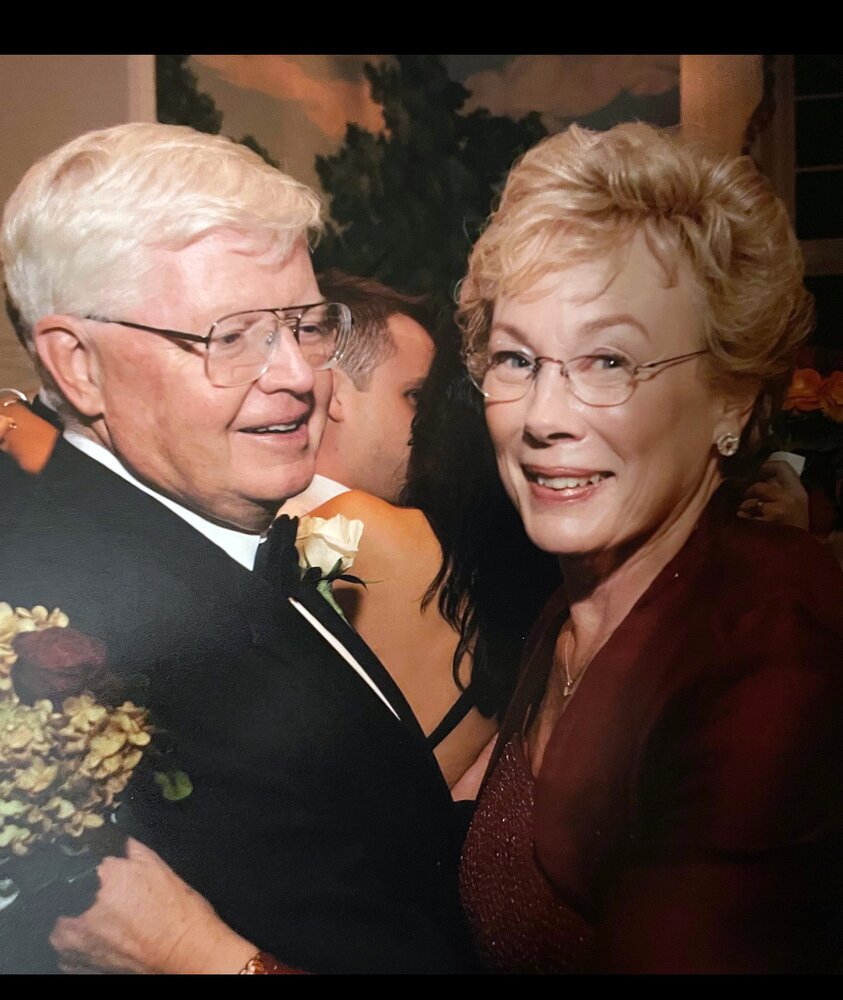 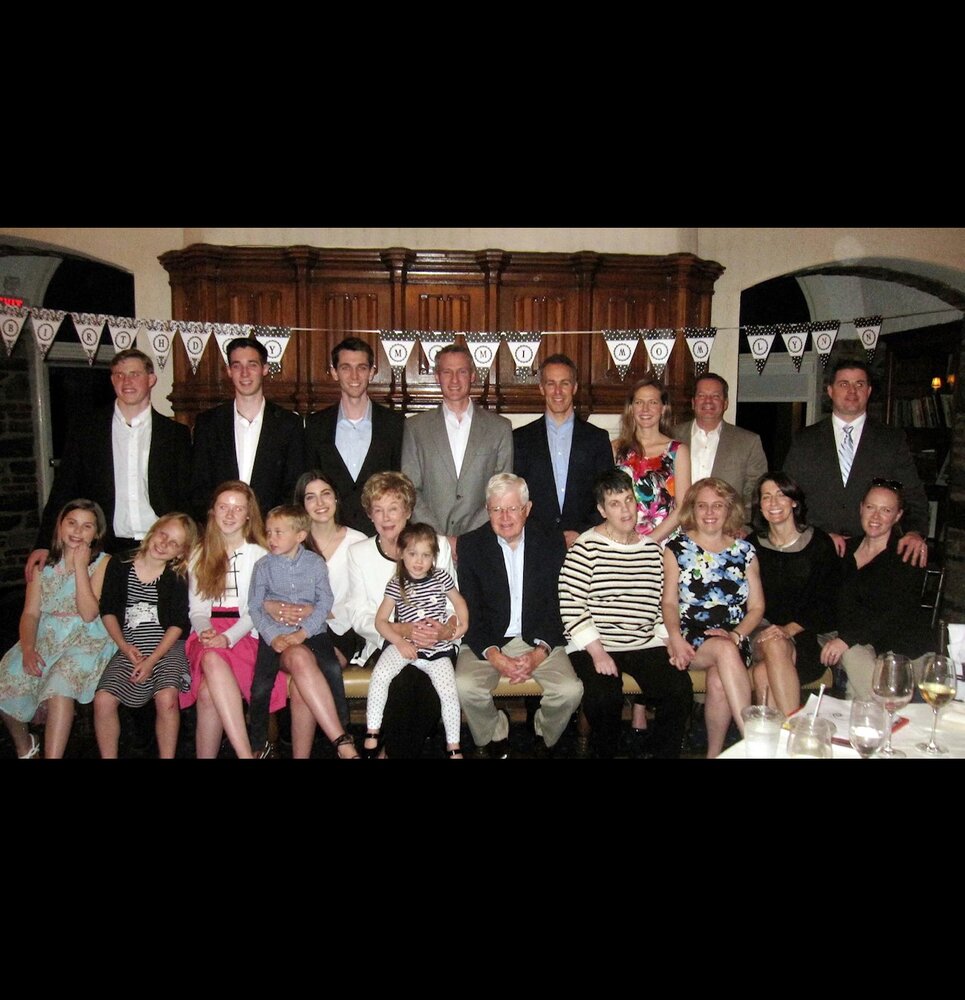 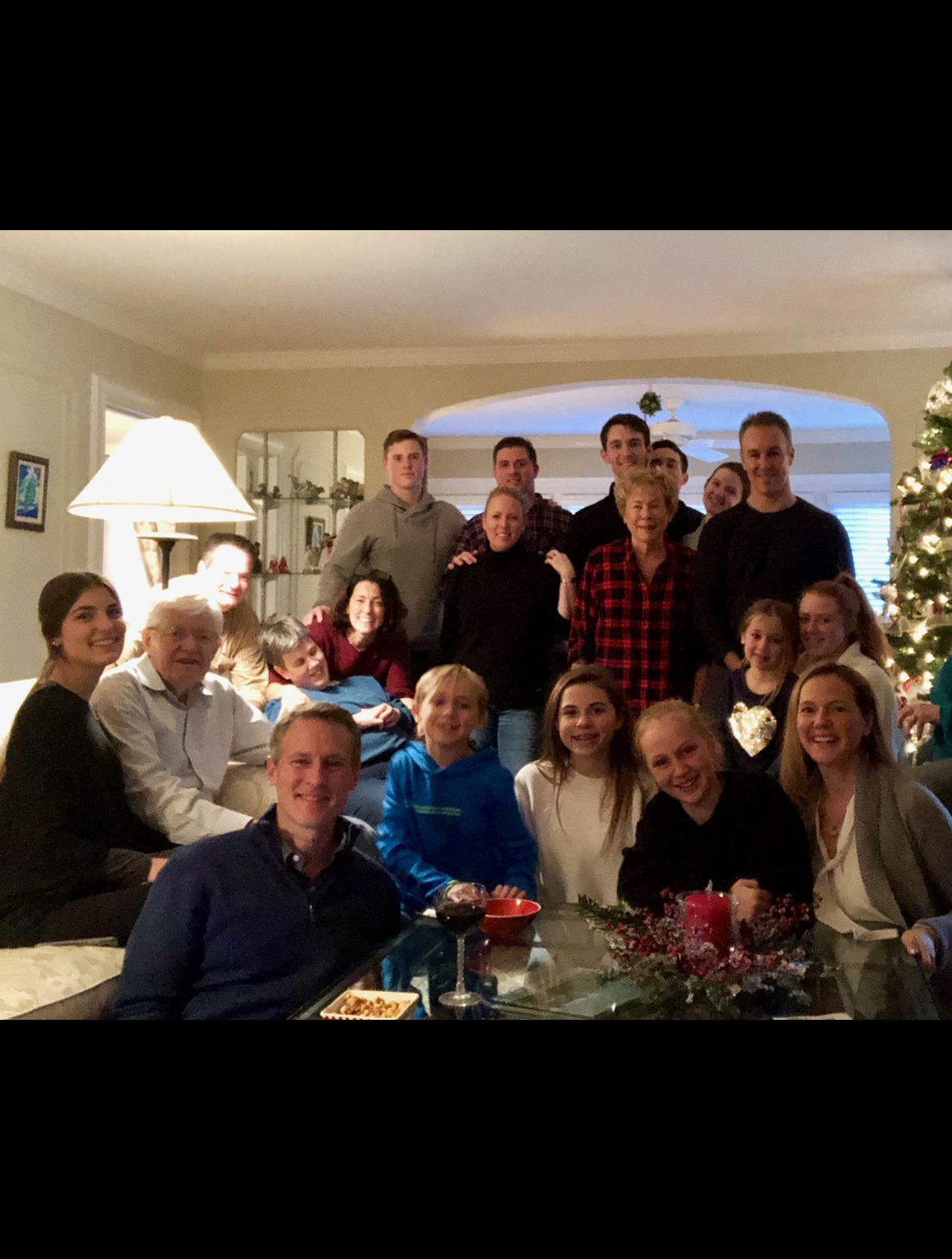 Charles H. McCabe Jr. of New Rochelle, NY peacefully passed away August 30, 2021 in the comfort of his home surrounded by family. “Charlie” as he wanted to be called, was the oldest child of Charles and Catherine (Conroy) McCabe, born on February 27, 1937 in Bronx, NY.

At 8 years old, Charlie and his family moved to Larchmont, NY where as a young man was a local paperboy, mailman and caddy at Winged Foot Golf Club.  He attended Archbishop Stepinac High School, graduating in 1955.  He then attended Holy Cross graduating in 1959. He received his MBA from Iona College in 1968.  He joined the 71st Regiment of the New York Army National Guard in 1959 and he was honorably discharged in June of 1964 with the rank of Sergeant.

Charlie began his career with Remington Rand Univac, followed by Shaw Walker Co. selling accounting systems.  In 1963 he joined First National City Bank. Three years later he was hired by Manufactures Hanover to work within their automated accounting service division. Manufacturers Hanover merged with Chemical Bank, which then merged with Chase. He retired from Chase Bank in 1997 as Executive Vice President of Marketing and Corporate Communications. It was during the early years of his employment here that marked some of his fondest memories.  From the founding of the NYC Marathon in 1976, to the major early sponsorships of the Mets and Yankees.  He liked to joke that he completed 25 or so marathons, all in the comfort of the pace car. He also founded the Corporate Challenge series of races which became the world’s largest road race.  He also helped shape the Westchester Golf Classic into becoming the most successful charity fundraiser on the tour.

Charlie was very active in the non-profit field, serving on Iona College’s Board of Trustees for three decades. In recognition of his dedication to Iona College, he was awarded an honorary degree in 1988, the Brother Edmund Rice and Brother Cornalia awards, in addition to being elected to Iona College’s Hall of Fame in 1991.  With his plaque on the wall of the Hynes Center he was the first person to receive this award that never scored a point or bounced a ball for the college but who instead held the record for the most tables sold at an Iona fundraiser.

Charlie sat on the board of Our Lady’s Hospital for Sick Children in Crumlin, Dublin, Ireland. He became an Irish citizen in 1992.  After purchasing a house in Mullaghmore, County Sligo, he and his wife made regular trips to Ireland over the years.  He was named one of the top 100 Men of the Year by Irish America Magazine for the years 1994 through 1997.  He also received the Ellis Island Medal of Honor in 1986.

Closer to home, Charlie was a board member of New Rochelle Hospital, now Montifiore.  He was one of the founders of the New Rochelle Police Foundation.  In the 1980’s he was made an honorary NYPD commissioner and never went anywhere without his badge which he carried as a source of pride.

None of the above could have been accomplished without the ‘advice and consent’ of his wife Lynn, who for 59 years has had to labor behind the scenes.  Since his retirement the two have spent much of their time in their condo on Singer Island, Florida. She is the former Lynn Wagner of Larchmont, NY who met Charlie through his sister Cathy.  They were married in St. Augustine’s Church in Larchmont in 1962.

Charlie was a member of Rosses Point (Sligo Golf Club) and Winged Foot Golf Club, Mamaraneck, New York.  As a past Governor of Winged Foot, he was a Vice Chair of the 1997 PGA and 2006 US Open.

He will be greatly missed by his entire family including his wife Lynn, his son, Christopher (Christine) and their children Alec, Brian and Cara of Larchmont, their daughters, Susan of Pleasantville, Elizabeth (James Sadler) of New Rochelle, Darcy (Sean Brew) and their children Sean “Jack”, Madeline and Mary Kate of South Amboy, NJ, Jennifer (Mark Davis) and their children Sofia, Christian and Cecilia of New Rochelle.  He is also survived by his sister Cathy (McCabe) Ronan and her husband Richard of Maine and brother William McCabe and his wife Anna of Connecticut.  He was predeceased by his parents, Charles and Catherine (Conroy) McCabe, and first born son John Joseph who died in infancy. Visiting will be Thursday September 2, 2021, From 4:00 pm until 8:00 pm at the John J. Fox Funeral Home, Inc. 2080 Boston Post Road Larchmont, New York 10538.

Share Your Memory of
Charles
Upload Your Memory View All Memories
Be the first to upload a memory!
Share A Memory