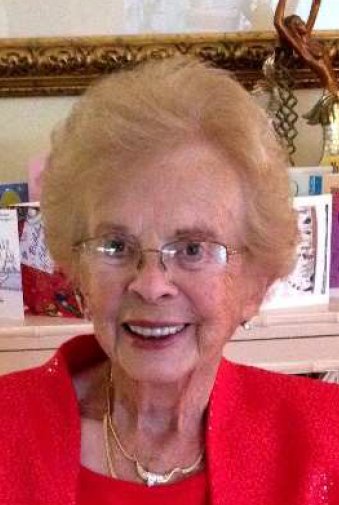 Dr. Marcene Heisner Christoverson passed away peacefully in her home in Jonathan’s Landing on Saturday, March 27. 2021. She was born October 4, 1922 in Nebraska City, Nebraska to Paul William Heisner and Sylvia Marie Lynch Heisner. She graduated from Boise High School in 1941 and then attended Junior College. Marcene served her country as a Wave in the United States Navy from July 15, 1943 to March 1, 1946. On January 27, 1947, she accepted a position as an accounting assistant with The St. John Letter Company. She quickly rose through the ranks and learned all aspects of direct mail from accounting to production. In fact, she was promoted to production manager and supervised the plant operations. Eleven years later, she became a partner and in 1980 was elected President/ CEO. She became the company’s sole owner and shareholder in 1988, and was appointed Chairman in September 2001. The Board of Directors of the Mail Advertising Services Association of New York City honored her as Woman of the Year in 2000. Marcene married Robert E. Christoverson on May 1, 1954. Marcene and Bob lived in Premium Point and New Rochelle, NY. They also built their dream home in Southern Cay at Jonathan’s Landing in 1992. Marcene and Bob were avid boaters, swimmers, loved nature and were always helping people. Marcene and Bob were members of the NY Athletic Club, NY Yacht Club, and Jonathan’s Landing Golf Club. Bob died November 17, 1998 at 73 years old. Dr. Christoverson was named to the Board of Trustees of Florida Southern College in 2000 where she served with distinction. In 2005, she received the Doctor of Business Honoris causa. Throughout her life, Dr. Christoverson believed that the nations future is dependent on the effectiveness of higher education and graduates who are prepared for the future. According to her, "There is no better investment than education for young people." Thanks to her vision and generosity, in 2010 Florida Southern College dedicated the Marcene H. and Robert E. Christoverson Humanities Building. The building, designed by renowned New York architect Robert A. M. Stern, Dean of the Yale School of Architecture, the Christoverson Building provides a dedicated setting for the study of the Humanities. Its design and interior furnishings are a masterful blend of traditional and contemporary styles, honoring the College's internationally acclaimed Frank Lloyd Wright architecture. Dr. Christoverson also created several important scholarships for students attending Florida Southern College. Marcene’s three sisters, Norma, Bernice and Jane, preceded her in death. Marcene is survived by her niece Dr. Amanda Marcene Montgomery (Jim) and their daughter Emaline; her nephew, Bruce Palmer (Judy) and their sons & daughter, Matthew, Allison and Jeffrey; her nephew Gid Palmer (Michelle), their son Nicholas, and her nephew Jim Gray. She leaves behind generations of grateful students whose education she helped underwrite. Visiting Thursday morning 10:00AM until 10:30AM at John J. Fox Funeral Home in Larchmont. A funeral service will be held at the funeral home at 10:30AM. Interment is private.

In lieu of flowers, please donate to the Marcene H. Christoverson Scholarship Fund at Florida Southern College or to the National Conservatory of Idaho’s Silver Creek Foundation in Sun Valley, Idaho.

Share Your Memory of
Dr. Marcene
Upload Your Memory View All Memories
Be the first to upload a memory!
Share A Memory