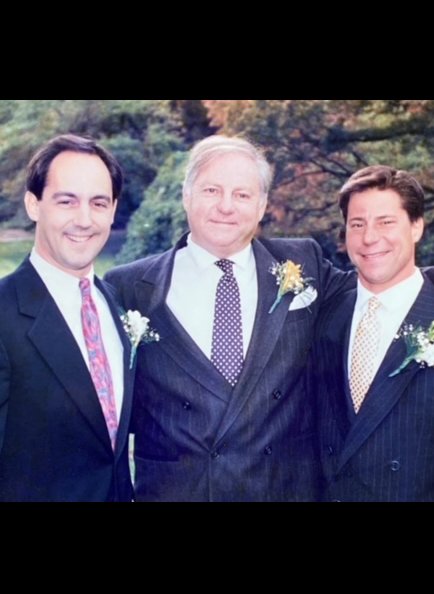 Robert was born in Brooklyn NY, the eldest son of two boys of the late Jack and Rose Goldstone. Robert studied at CCNY as well as Columbia University.

Robert was a top executive, at Jack Spiro and company a leading manufacturer of children’s clothing designs. He practiced with his beloved wife Marion who was lead designer. After Marion passed away too young, Robert founded The Today corporation, where he represented multiple designers. After he retired he reinvented himself and became a legendary classic  Film lecturer all throughout westchester county in NY state.

Robert was a devoted husband to Marion, father to his sons Peter and Richard, who he also lost too young. He was a special grandfather to Maggie, Jack, Michael and Daniel. He loved and treasured his family and many friends, many of whom he first met as a child.

Robert was fiercely independent and lionhearted with an optimistic spirit, in spite of the many losses he experienced in his life. He pursued art, ideas, love, and experiences. He lived an artful life of Film, books,letters, travel and adventure. His lectures were inspiring, his art was whimsical and lovely, his mind was sharp and deep, his heart was abundant, his guidance was wise and always of immense value. He was driven by a deep sense of humanity.

Kipling said “Walk with kings but don’t lose your common touch” Robert was a king and we walked with him.

Robert is survived by his son Peter, and by his grandchildren Maggie, Jack, Michael and Daniel. And by Roberts special friend Linda Goldstein.

Private services will be held at the convenience of the family at Sharon Gardens in Valhalla NY. A special tribute to his life will be held a few months from now.