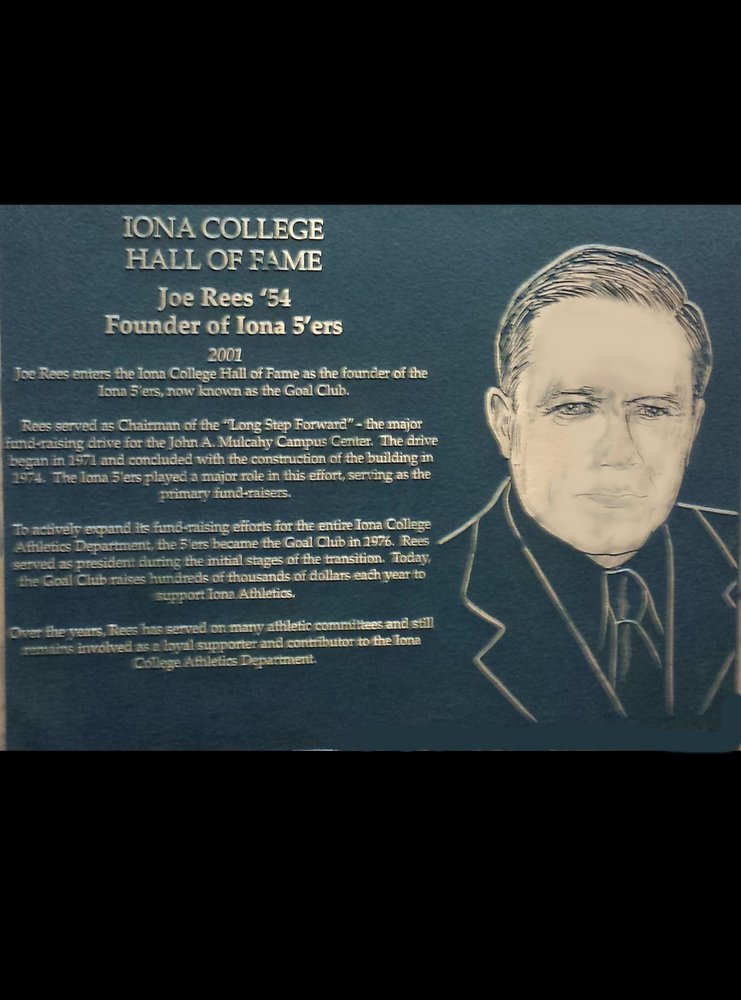 Joseph Gilbert (Joe) Rees died on March 7, 2021 at The Conservatory in the Woodlands, Texas.  He is survived by his son James (Kallie) and three grandchildren Natalie, Evan and Hailey as well as a bevy of nieces and nephews from the Robb, Klein and Marcellino families.  Joe was predeceased by his wife Marie (nee Robb) and his sisters Kathleen Klein and Ann-Marie Marcellino.

A US veteran who served in the Army, Joe was a graduate of Iona College (1954) and received his MBA from New York University.  Following school and the service he went on to a successful 30-year advertising career with William Esty in New York City.  A long-time resident of Larchmont, New York, he later moved to Alexandria, Virginia and subsequently to The Woodlands, Texas.

Long after his graduation he remained involved in the development of Iona College and it remained a great love until his dying day.  He was the recipient of the prestigious Doyle Award (1974) and Walsh Award (2011), and was inducted into the Iona College Hall of Fame in 2001.

A memorial service will be scheduled at Iona College in the fall of 2021.

In lieu of flowers, the family requests donations be made to the Kevin Carroll/Herbert F Rees scholarship at Fairfield University or the Marie E Rees Memorial Scholarship at Iona College.

Share Your Memory of
Joseph
Upload Your Memory View All Memories
Be the first to upload a memory!
Share A Memory