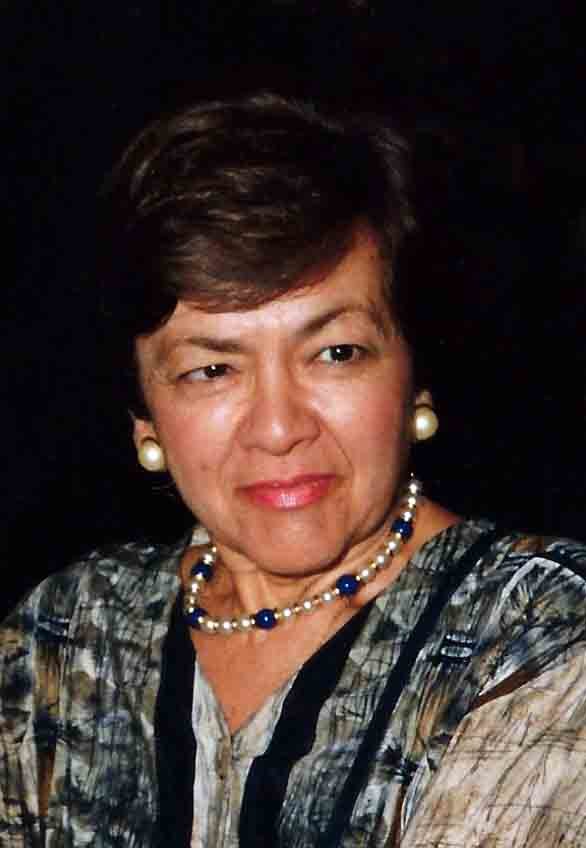 Margarita Celis Arena was born in Santiago, Chile on November 2, 1939 – spending her time between the capital region and the Rengo region, where her family ran an agricultural business.

At the age of 21 she met the love of her life, Nicola Arena, while on an Italian Line cruise which was crossing the Atlantic Ocean. They married two years later, and she moved to Genova, Italy where she would live for 6 years. During these years, Nicola worked with the Italian Line as an Officer - spending most of the time out at sea.

At the age of 29, Margarita and Nicola moved to New York City to begin a new life together, this time with Nicola working on land full-time which he would do for the rest of his life – something which gave them both joy. Their daughter Sabrina was born one year later. While the move to New York was only supposed to be for one year, they would end up staying in New York for 52 years.

They moved to Larchmont in 1971 and stayed there for 21 years. Sts. John and Paul Church and school would become a focal point for the family where they would worship every week and where Sabrina would go to school. They also developed an international and diverse group of friends. These were friends they would keep their entire life.

In 1992, Margarita and Nicola moved to New York City so that Nicola could walk to work at his new office during the first intense years of his job as CEO for Mediterranean Shipping Company.  Through MSC, Margarita developed more friends and close relationships - with many in the company describing her as another mother for them.

They would live in Manhattan for 28 years. Margarita accompanied Nicola to all of his business engagements, as well as Catholic engagements such as Legatus meetings, the Path to Peace Foundation for the Holy See Mission to the UN and Radio Maria fundraisers. During their years in New York City, Margarita taught catechism to little children in the Upper East Side through the Narnia (now Adeo) organization.

During her life, Margarita never lost touch with her beloved homeland of Chile. During the last twenty years of her life, she and Nicola would travel to Chile every year and stay for several weeks at a time. They bought her father’s family farm in the late 90’s and grew the business. Margarita was on good terms with everybody in her family. This included her sister, brother, nieces and nephews and 80 first cousins, and often hosted them in her country home in Rengo.

Margarita’s Catholic faith was the bedrock of her life.  She quietly lived her faith as a supernumerary of Opus Dei - going to daily mass, praying the rosary and doing spiritual reading every day. She also lived charity – helping many people through the years, whether monetarily or through her friendship. For years, she helped at the Rosedale Achievement Center in the South Bronx every week, an Opus Dei Center helping minority women and girls. She also spent time working with Meals on Wheels, bringing food to the elderly homebound.

For Margarita, family was everything. As the grandmother to Sabrina and Leonardo’s five children, she was known as their beloved “abuelita” or “little grandmother” in Spanish. Whether it was helping Sabrina with driving the children to their extracurricular activities, buying them formal wear for baptisms, communions and confirmations – or babysitting them on weekends with Nicola, she was, in essence, a second mom for her grandchildren.

Margarita was known for her wonderful sense of humor and her class. Always smiling, she loved opera, art, history, literature, science, tennis and swing dancing. Her favorite gifts were books. But she also loved National Geographic magazines as well as the science sections of newspapers. She was fascinated by space and would have loved to follow the recent landing of Nasa’s Perseverance Rover on Mars.

Margarita had that rare combination of being down-to-earth as well as refined. She felt equally at home speaking to gardeners, the CEOs of multinational companies, Catholic Cardinals, and New York City cab drivers. For Margarita, people were people. Everyone deserved respect.

Her gift to her family and friends was her warmth, affection, common sense and perennially positive outlook on life.

Margarita's family will receive friends Thursday February 25th at the John J. Fox Funeral Home in Larchmont from 4:00 PM until 7:00 PM.  A Mass of Christian Burial will be celebrated for her on Friday February 26th at 10:00 AM at Sts. John & Paul Church in Larchmont.  Interment will take place immediately following the Mass at Greenwood Union Cemetery in Rye.

Share Your Memory of
Margarita
Upload Your Memory View All Memories
Be the first to upload a memory!
Share A Memory