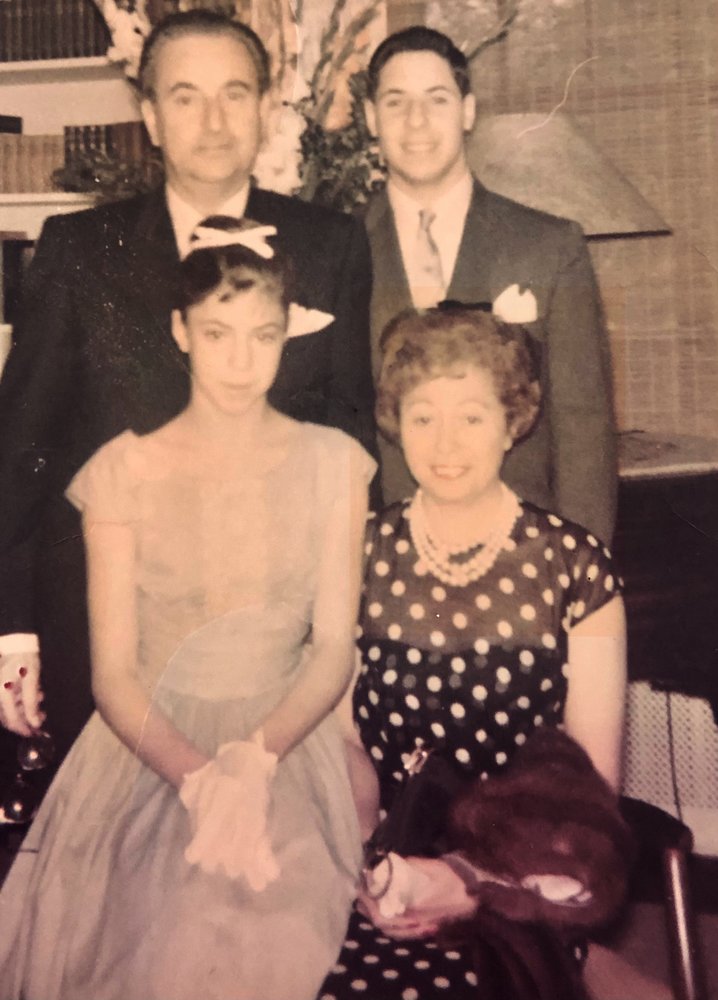 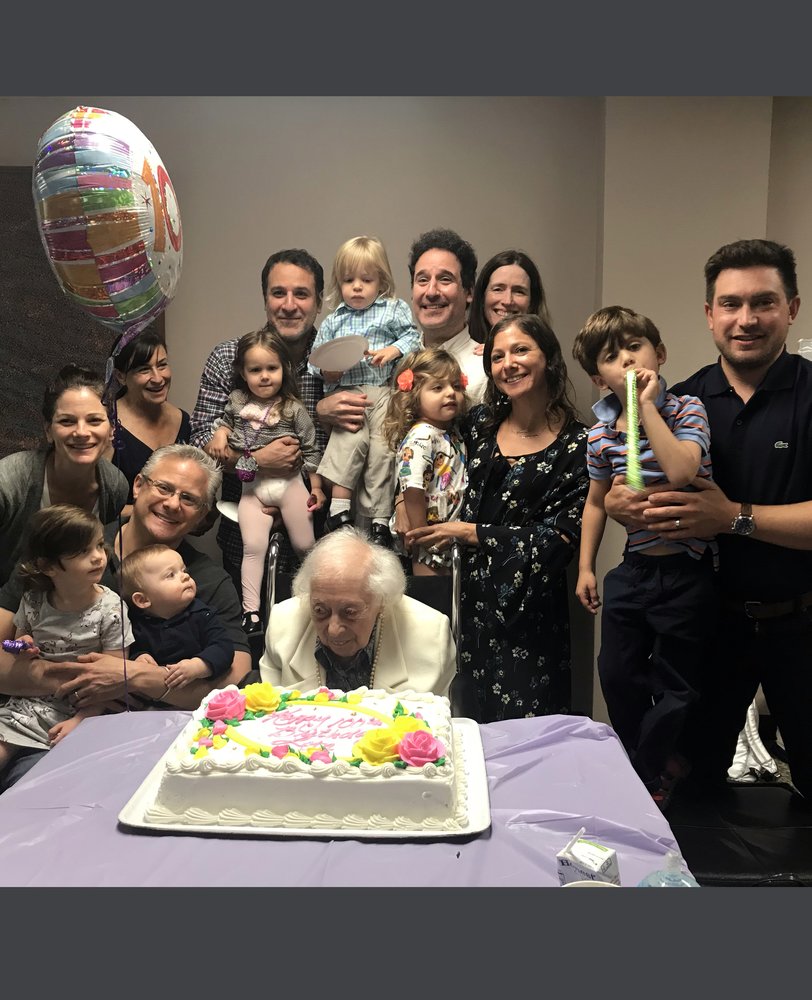 Engelina “Lyn” Blockton was born in Holland on May 3rd, 1918. She had an idyllic Dutch childhood with her parents Conrad and Marie Huisman and her younger sister Rose Marie. Lyn and Rose were inseparable for almost 100 years, even living in the same apartment building until Rose’s death almost exactly four years ago.

Lyn’s family left Europe before the outset of WWII and moved to America in the late 1930’s, settling in New York City. Her father Conrad was fairly progressive in terms of women’s equality and insisted that his daughters go to college. Lyn attended Columbia University majoring in Education. Her insatiable appetite for learning continued throughout her life, as she became an accomplished pianist, sculptor, lover of modern art and voracious reader of everything she could get her hands on.

It was during her time at Columbia that she ended up at a party and met her husband of almost sixty years, Herbert Blockton. Herbert was at the party completely by chance, only accompanying his mother because his father had a cold. Lyn was the only other person under 35 at the party. The two fell in love and got married at the Pierre Hotel two days after Pearl Harbor on December 9th, 1941. As a trove of recently discovered love letters can attest to, Lyn and Herbert remained deeply in love for almost sixty years until Herbert’s death in 1998.

In 1947 Lyn and Herbert moved to a house with a big, shady front yard on the corner of a quiet street in Larchmont, NY. It was there that they raised their two children Billy and Marilyn, took care of their aging parents and eventually had countless parties for their growing family of grandchildren and cousins. Rose also married and moved only a few blocks away in Larchmont with her husband Jack Slyper. The four of them reminded best friends throughout their lives.

Lyn and Herbert had a long happy marriage, filled with family, many close friends and tons of parties. They played violin and piano together, went to the beach together, Lyn sculpted and they travelled extensively. They never lost their European roots and enjoyed eating and drinking, although Lyn famously “couldn’t boil an egg.”

After Herbert’s death, Lyn moved into the Carton House where she lived another 23 years next door to her sister and best friend Rose. They played bridge, drank scotch and talked everyday.

Lyn owed her unbelievable longevity to a lifelong regimen of avoiding vegetables and water at all costs. Eating cookies and drinking scotch instead, famously saying that “water was for washing your feet.”

She was a loving Grandmother to Jesse, Adam, Brett, Lindsay and Simone and a Great Grandmother to Marlon, Luca, Dashiell, Willa, Taylor, Ryan, Preston and Blake.

Share Your Memory of
Engelina
Upload Your Memory View All Memories
Be the first to upload a memory!
Share A Memory