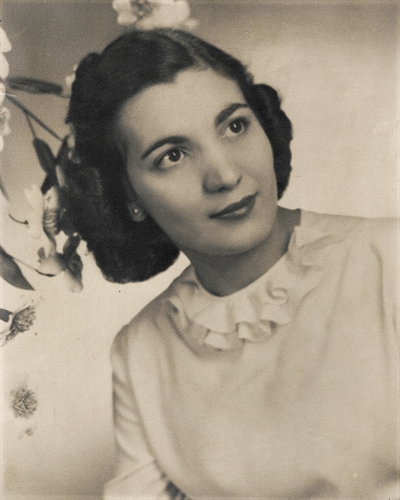 Antoinette DeLuise Sarfaty who graced the world for 97 years passed away peacefully on September 6, 2019.

Antoinette was born in Spinoso, Italy and emigrated, as a child, with her parents to New York City. She attended Our Lady of Pompeii and graduated from Immaculate High School. During World War II, she served as a Red Cross Volunteer for wounded servicemen.

Antoinette was employed as a space buyer for Whalen Advertising, where she met her husband, James Warren Sarfaty. They were married for 55 years before he passed away in 2004.She is also predeceased by two daughters, Lisa Julianne and Gina Marya.

Antoinette was a long time resident of Larchmont where she and her husband raised their family. She was involved in many volunteer and civic activities, including the Chatsworth Avenue School PTA for which she served as President for many years. Antoinette was also a member of the Larchmont Historical Society.

Antoinette was employed by the Mamaroneck School District for over 30 years. She began at Mamaroneck High School and retired from Chatsworth Avenue School library.

Antoinette loved entertaining and spending time with her family and friends. She was an accomplished seamstress and enjoyed many creative and decorative activities. She enjoyed traveling throughout the United States and abroad. Some of her favorite memories were from her many trips to California visiting Andrea and her family; trips to Italy, Portugal, Hong Kong, among many others.

She will always be remembered for her love of purple, violets, her angels and cherubs… and Frank Sinatra.

In lieu of flowers, please consider a donation to the American Red Cross

Share Your Memory of
Antoinette
Upload Your Memory View All Memories
Be the first to upload a memory!