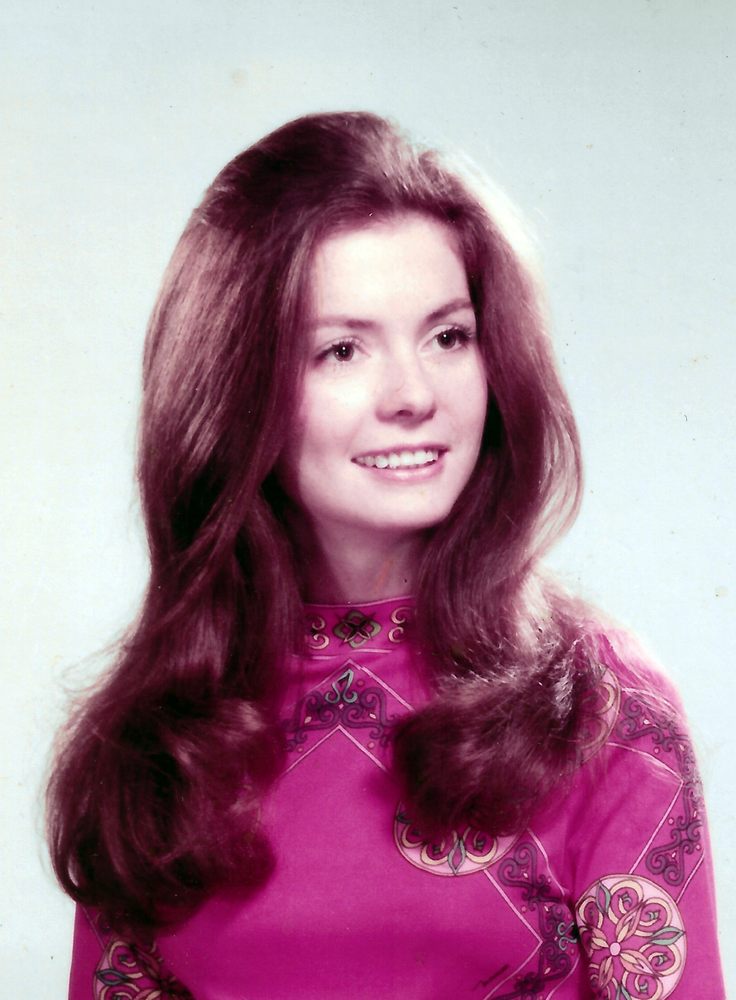 In 1944, at the age of 42, Patrick James Kennedy returned home after serving with General George Patton’s staff in the campaigns in North Africa (including the Battle of Kasserine Pass) and Sicily.  Soon thereafter, Margaret was born in New York City on July 5, 1945, to proud parents, Patrick and Della Kennedy.

After grammar school, Margaret attended St. Catherine’s Academy and worked summers as a camp counselor.  She often commented that she learned all she needed to know about human nature at its best -- and worst -- during her two years as Head Counselor.

Margaret graduated from Hofstra University with a degree in English Literature, and continued to pursue an MA in the same field at NYU.  During college and thereafter she worked at Lord & Taylor’s, first as a floor manager and then in their personnel department.

Margaret easily made a transition to human resources in the advertising business, starting with Ogilvy & Mather where the high points of her job were several discussions with David Ogilvy on 18th Century English poetry. From there she moved to SSC&B and later to Grey Advertising.

Along the way, a chance encounter at a NY Rangers game resulted in meeting Robert E Curry, Jr (Bob), at the time an associate at a New York law firm.  After spending a few weeks together, both Margaret and Bob knew they had found each other’s equal and a true partner to build a life together.  After a six month engagement, they married on May 5, 1973, at the Church of St Vincent Ferrer in Manhattan, where Margaret’s parents were married some 30 years earlier.

Margaret’s sense of style was on display in her choice for the wedding reception, a building originally built as the Knoedler Art Gallery.  At the time, the building housed The Gazebo, a boutique selling handmade antique quilts and other original Americana. Margaret convinced its manager the reception wouldn’t wreck the store’s prolific displays, and a good time was had by all. It was one of the first wedding receptions in the City held in an unconventional venue.

Immediately thereafter, Margaret’s sense of adventure was tested by moving to Washington, DC, where the newlyweds had the basement apartment of an 1840s Georgetown mansion, complete with a grass tennis court and walk-in silver and fur safes.  Their closest neighbors were the widow of President Eisenhower’s Secretary of State, JFK’s favorite portraitist and the chief of the CIA’s Black Operations.

Work opportunities in 1970s DC for Margaret, whose sharp wit and people skills were honed in the NYC ad world, weren’t many, so she chose to volunteer with Common Cause, a government watchdog, monitoring Committee Hearings in the House of Representatives – a hilarious and shocking experience.

Returning to NYC two years later, Margaret worked for Schroeder Bank and Bob joined Ogden Corporation as Senior Counsel. Robert E Curry, III (Rob), a most wonderful addition to the family, arrived on February 7, 1977. The happy and secure bond between mother and son was never interrupted.

Margaret and Bob thought a bucolic environment might provide a welcome respite from the grind of the City, so the family took on a weekend/vacation home in the foothills of the Berkshires in 1979.  This link to Litchfield County, CT continued for the next 29 years. Margaret delighted in decorating various homes in CT, as well as a townhouse and several apartments in NYC, endeavors where her creative and practical skills merged.

In all of her encounters, Margaret exuded humor, charm, grace and style, seeking to make others comfortable in their interactions. Frequently, her quick wit and unmistakable laugh were the culprits in diffusing a tense or awkward encounter.  In later years, although Margaret’s maladies might have seemed, to an outside observer, to take a toll, she would constantly have a joke or a quick retort to keep doctors and her family laughing.

Margaret relished and gloried in all holidays, particularly Christmas, where the decorations were profuse (often including two Christmas trees) and presents thoughtful and generous. Easter (think Easter baskets and numerous bunnies), Thanksgiving, Halloween, July Fourth (until her pre-teens, she thought the fireworks were in honor of her birthday) -- even Labor Day, got the full treatment.  Margaret’s focus was always on bringing out the magic of each holiday and she invariably succeeded each year, putting forth considerable effort even after both Casey and Rob were well into their adult years.

Margaret and Bob travelled around North America and to Europe frequently.  Her curiosity, love of decorative and other arts and her relish for various cuisines provided focal points at each destination. The culinary aspects of travel were remote, however, when Margaret and Bob travelled to Kiev and Moscow to be, in 1993, the first Americans to adopt in Ukraine (in a Kiev restaurant, Margaret  overheard a couple saying their meal ‘didn’t taste like anything’, and she told the waiter, ‘that’s what I want’).  While the food may have been lacking, Ukraine delivered another much welcomed addition to the Curry family, Casey Kennedy Curry.

The unconditional love Margaret had for Bob and her children never varied, constantly putting Bob’s, Rob’s and Casey’s interests ahead of her own, even during numerous bouts with debilitating illnesses.  Margaret made certain every day that her family knew how much they were loved and emphasized that love in any way she could.  Her family reciprocated that unconditional love, allowing them to form a deep and unwavering foundation for their lives together.

As Casey entered first grade (and Rob his sophomore year at Georgetown), Margaret was diagnosed with a rare disorder, Guillain-Barre Syndrome, an idiosyncratic demyelination of nerve endings.  It caused a three-month hospitalization and a year and a half of in- and out-patient rehabilitation.  One consequence of this disorder was severe difficultly walking, ultimately resulting in Margaret’s inability to stand and permanent consignment to a wheelchair for the last 14 years. Various other medical maladies followed, which Margaret treated as annoyances to be worked around -- on her terms.

Courage in the face of her many adversities was always manifest.  She did not feel sorry for herself and sought imaginative ways to live a happy, constructive life, with the excellent care of her internist, Dr. Alberto M. Acosta, and her husband and primary caretaker, Bob.

Margaret made the best of life which was greatly enhanced by Rob’s marriage in 2015 to her much loved daughter-in-law, Meta Tomai Curry and in 2017, by the birth of Adair Margaux Curry, her beloved granddaughter. Casey married Angela Larson in 2018 and so the circle of love expanded again.

Most recently, Margaret’s good fortune in battling serious illnesses came to an end.  Less than a week after receiving a diagnosis of an aggressive, untreatable form of cancer, Margaret passed away peacefully at home surrounded by family, on August 24, 2019.

Share Your Memory of
Margaret
Upload Your Memory View All Memories
Be the first to upload a memory!