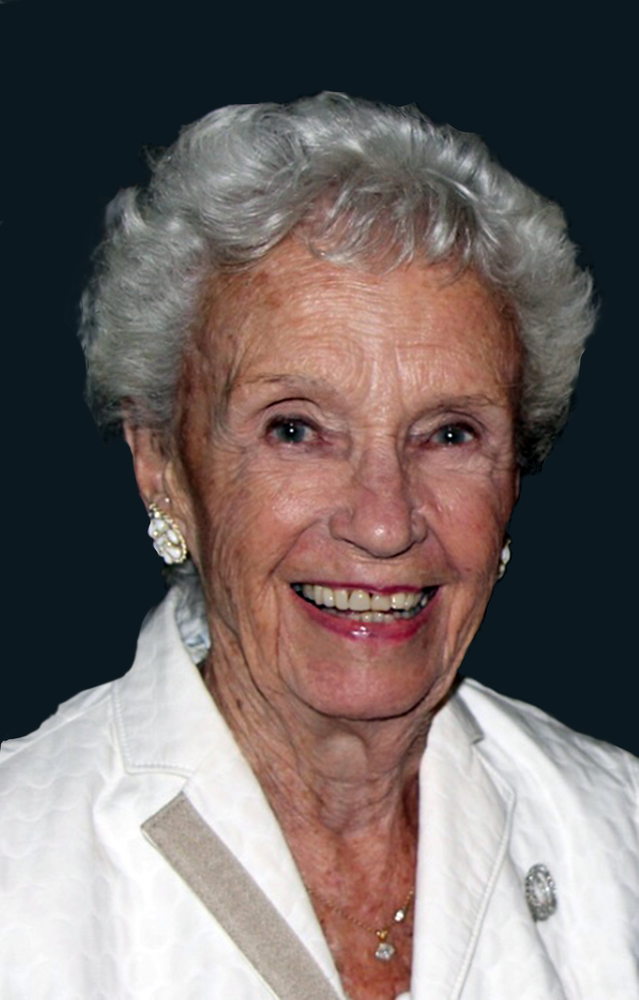 Thelma Serenbetz, beloved wife, mother, grandmother, great-grandmother, sister, aunt, and friend, passed away on August 2 at her son’s home in East Haven, Connecticut after a long and fulfilling life.

Thelma was born in New York City on Valentine’s Day in 1924.  She grew up on Long Island, attending her local elementary school in Little Neck and Bayside High School.  She graduated from Queens College in New York in 1945, having majored in psychology and economics.  Like many young women of her generation, she earned spending money during high school and college by working at several iconic Manhattan department stores, including Best & Company and Saks Fifth Avenue.

After graduating from college, Thelma worked in New York as an editorial assistant for the publishing house Prentice Hall and the American Institute of Physics, the journalistic wing of the Scientific Society.

Thelma met her husband Warren at a wedding in 1946, fell in love, and married him two years later.  She and Warren built a house in Port Washington where they started their family of four sons.  When the house grew too small, they relocated to Westchester County, living first in Larchmont and then in Harrison.

During the years she was raising her boys, Thelma volunteered with many local charitable organizations.  She was a member of the Women’s Club of Larchmont and of the United Hospital Twigs organization.  She joined the women of the P.E.O. Sisterhood in 2002.  It was as a member of this organization that she first learned of Cottey College in Missouri. Thelma was a fervent advocate for the benefits of a good education all her life, thus a school such as Cottey, a school that nurtures strong, independent women, is very dear to her heart.  It is for this reason that she endowed the Serenbetz Institute for Women’s Leadership, Social Responsibility, and Global Awareness at the college.

Thelma and Warren created the Serenbetz Family Foundation in 1997.  The foundation’s mission reflects their values, focusing its philanthropic activity on organizations that work to improve the lives of young people through education.  Moreover, as a complement to the foundation activities that provide direct support to youth-focused organizations, members of the Serenbetz family have established scholarship programs at various universities and schools throughout the United States, including the Thelma R. Serenbetz Endowed Scholarship at the Waterside School in Stamford, CT.

Thelma loved to travel and was always keenly interested in the history and culture of the places she visited – and those places have been many.  She and Warren traveled to the far-flung corners of the world, hiking mountains in Nepal, dodging icebergs in Alaska, admiring the desolation of Patagonia, and floating down the Rio Negro in Brazil.  For many years, their travel involved cruising on their 36’ trawler Reflexion.  Thelma and Warren were avid boaters well into their eighties, with Thelma serving as an able first mate to Warren as they motored the coastal waters from Maine to the Carolinas.  Yacht club cruises with their oldest friends were a much-anticipated annual event.

Cultural events such as concerts, ballet, theater, and museums were also among Thelma’s interests.  Concerts ranged from her grandniece’s flute recital to a performance by Yehudi Menuhin with the New York Philharmonic.  Ballet involved her granddaughters or the annual Christmas trip to Lincoln Center for the Nutcracker.  Thelma was a faithful supporter of local theater companies as well as New York City institutions such as the Manhattan Theater Club and The Roundabout Theater Company.  Thelma loved museums for the opportunity they provided for her to learn more about the people and the tenor of the times that produced the works being exhibited.  She and Warren were members of both the Larchmont Yacht Club and the Apawamis Club.

The church also played an important role throughout Thelma’s life.  Her father helped build the Lutheran church in Little Neck, New York she attended as a child.  More recently, she has served as a member of the Session and a trustee at the Larchmont Avenue Church, her spiritual home since moving to Larchmont in the late ‘50s.

But more than any of this, Thelma, known as Bunny to her family, focused her energy on her ever-expanding family.  She was its heart and soul and the glue that held it together.  Parties and celebrations at her home, Hunter Hill, brought together sisters and brothers, children, grandchildren, and great-grandchildren, nieces and nephews, cousins and second-cousins.  Thelma was a faithful correspondent and made an effort to visit family members wherever they might be, be it in Seattle, San Francisco, London, Jordan, or Australia.  She could always be seen with Warren on the sidelines at games or in the audience at performances and graduations.  She wanted her family to know that their achievements were worthy of recognition, that what was important to them was important to her.

Thelma is survived by her brother Wilbur Randby and his wife Emily of Murrels Inlet, South Carolina; her sister Ruth Kaelin and her husband James of Sea Cliff, New York; her four sons -Warren and his wife Cindi of Wilton, CT; Paul and his partner Jeffrey Johnson of New Haven, CT; Stuart and his wife Jean of Stamford, CT; and Clay of Friday Harbor, WA; her six grandchildren – Christin (Weberman) and her husband Adam; Warren III and his wife Jenni; Tucker and his husband Matthew Soisson; Hunter and his wife Marina; Skyler; and Robert; Paul’s goddaughter Chelsea Vasquez and her husband Nicholas; and by four great-grandchildren, Caleb, Ainsley, Samantha, and Zelie; along with many loving nieces and nephews and their spouses and children.

A memorial service will be held on Saturday, August 17 at 2:00 PM at the Larchmont Avenue Church, 60 Forest Park Avenue, Larchmont, New York, after a private internment ceremony.  For further details contact the John J. Fox Funeral Home in Larchmont.

In lieu of flowers, please consider a donation in Thelma’s memory to The Thelma R. Serenbetz Endowed Scholarship at the Waterside School in Stamford, CT.

Share Your Memory of
Thelma
Upload Your Memory View All Memories
Be the first to upload a memory!