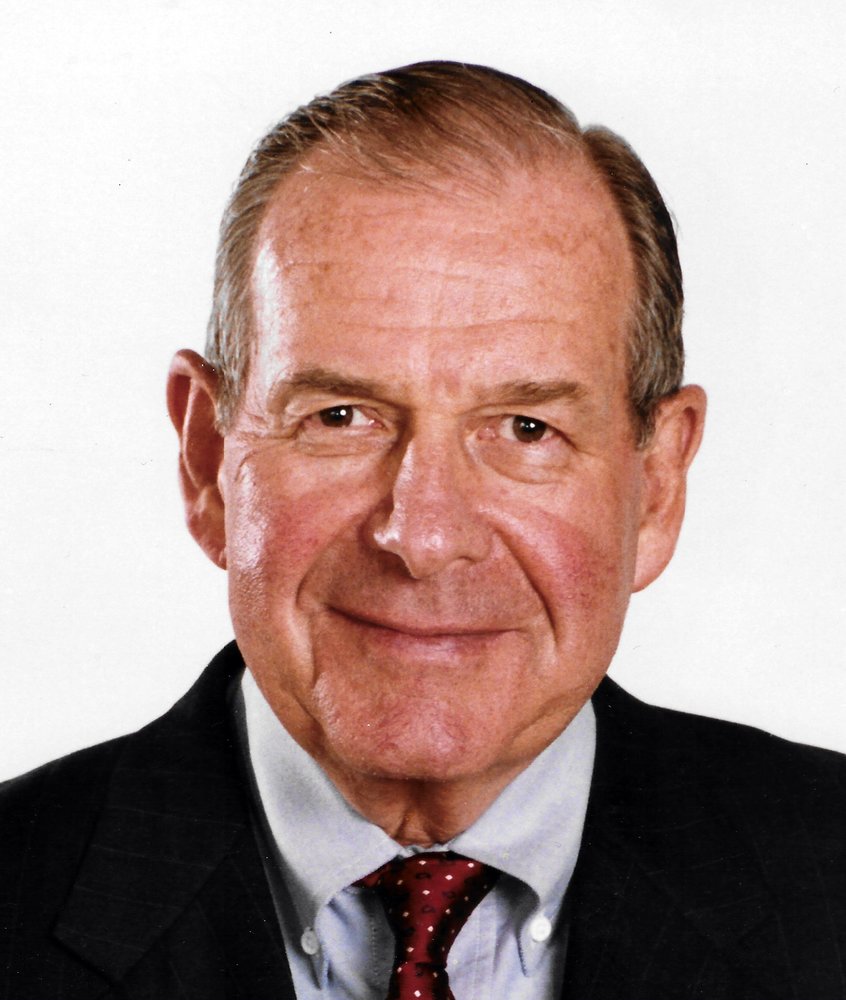 Get Directions
Thursday
23
May

Get Directions
Friday
24
May

Get Directions
Friday
24
May

William V. Fitzpatrick, a long-time resident of Larchmont, NY, died on May 19 after a long illness. He was 83.

Bill was born in the Bronx, NY, a son of Anna Josephine Connelly and William F. Fitzpatrick.  He attended Iona Preparatory School and graduated from Boston College. He enjoyed athletics throughout his life, spurred by his love of football acquired as a player at both Iona and BC.

Bill started his career on the floor of the New York Stock Exchange in the late 1960s as a Specialist Clerk.  He became of member of the NYSE in 1974. Bill became a senior floor broker for PaineWebber in 1978 and was instrumental in keeping things on course through the Crash of ’87.  With a very quick wit and sharp sense of humor, he was in demand to be the keynote speaker at charity dinners. He retired from PaineWebber in 2002.

Bill was a member of the New York Athletic Club for many years, where he enjoyed playing tennis with his pals at Travers Island. He was also an avid bicyclist, taking overnight biking trips and quick jaunts to Playland and City Island.

He was a patriotic American and a proud former member of the The United States Marine Corps. As he would say, once a Marine, always a Marine.

Bill will be remembered for his wicked humor, his deep faith and his love of country.