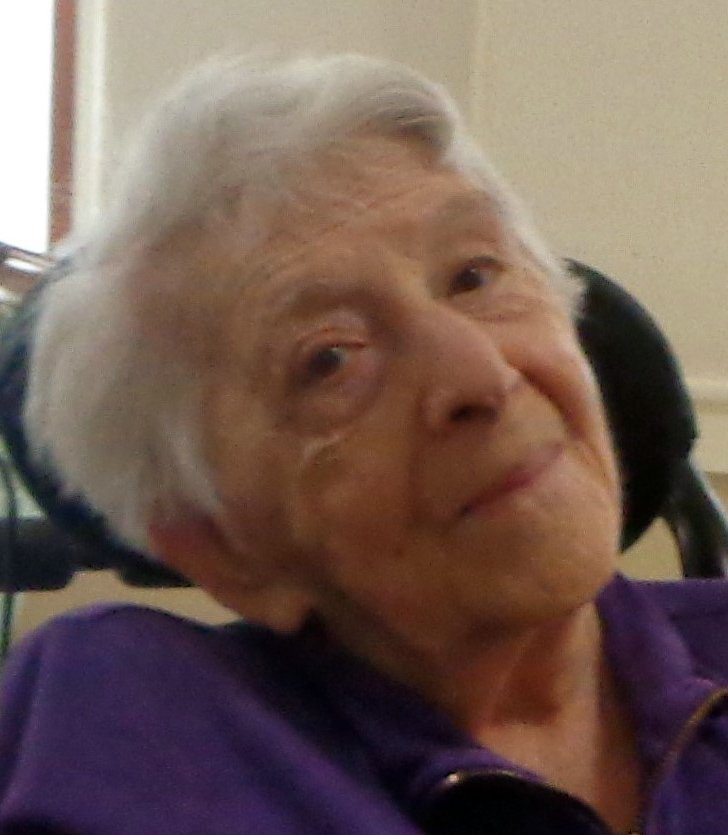 Rita Jacobs, devoted mother, wife and grandmother passed away at the age of 97 on April 23, 2019 in New Rochelle, New York.

She passed peacefully in her bed surrounded by loving family and friends, including her daughter Susan, son-in-law Daniel, granddaughter Elizabeth, and her friend Thomas Ritzer.

Rita was born June 19, 1921 in New York, NY. She was the daughter of Jack Levy and Esther Abravaya, sister of Sophie Namer of Brooklyn, NY and Jack Levy of New Jersey.

In 1937, she eloped with her childhood sweetheart Morris Jacobs and got married in Westchester County. Their marriage lasted for 75 years through Morris’ World War II deployment to France and the raising of three children and seven grandchildren. They remained a tender and doting couple until Morris’ death in April 2011.

Both Rita and Morris were avid lovers of classical music specifically Mozart, Bellini and Donizetti. They were also lifelong, enthusiastic book collectors, especially of illustrated books and first editions of the Edgar Rice Burroughs collections: the Tarzan, the Mars and Venus series.

Rita was a loving and devoted mother to Dr. Susan Thys-Jacobs, Dr. Ellenmorris Tiegerman Farber, Dr. Daniel Jacobs and close family friend Dr. Joanne Luciano. Rita constantly pushed herself and others towards higher achievement. After encouraging and supporting her children through college, medical school and graduate school, she returned to college herself and obtained her Bachelor’s degree in Literature and Psychology in her 40’s.

Rita had an infectious love of life. She had an adventurous spirit and traveled to India and China.

She is survived by her two daughters, Susan and Ellenmorris; seven grandchildren, Jeremy, Jonathan, William, Elizabeth, Jennifer, Jordana and Joshua; and five great-grandchildren.

A funeral service will be held Sunday April 28th at 11:00 AM at the John J. Fox Funeral Home, In. 2080 Boston Post Road. Larchmont, NY 10538. Rita’s family will receive friends before the service at the funeral home Sunday morning starting at 10:15 AM.  She will be entombed with her late husband at Long Island National Cemetery at a later date.

Share Your Memory of
Rita
Upload Your Memory View All Memories
Be the first to upload a memory!