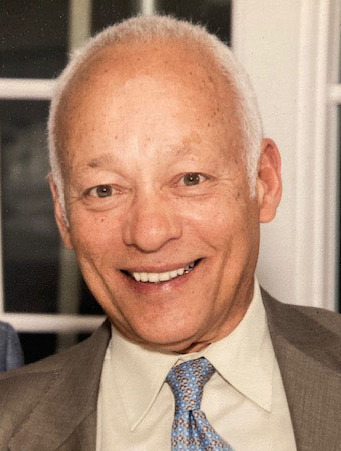 Jean-Michel Loubeau, a long-time physician at Lenox Hill hospital, died unexpectedly on Friday November 18, 2022 at his home in Larchmont.   He was 81.

Jean-Michel was born in Port-au-Prince, Haiti on March 18, 1941, the son of Dr. Edmond and Marcelle Loubeau.  He left Haiti at 18 years old, two years into the Duvalier regime, to study at the Catholic University of Leuven in Belgium.  He formed a close knit friendship with other Haitian and international students becoming a student leader in the Haitian community.  When President Duvalier, changed the Haitian flag, he refused to fly that flag at Haitian students' events.  He completed his medical degree in 1966 and, practiced medicine in Europe until the early 1970s.  He completed the sixth liver transplant in Europe, pioneering a new medical procedure.  Unable to go back to Haiti due to the political situation, he continued his surgical training at the University of Pittsburgh Medical Center. He eventually moved to New York in 1980, and shortly after arriving began treating patients with what later became known as HIV.  He spent 27 years as a surgeon at Lenox Hill Hospital in New York City, including as Associate Chief of Surgery.  In retirement, he went to Haiti several times to train physicians, operate, and care for the most vulnerable.  His life's calling was treating patients and practicing medicine.  He did this work with the utmost compassion, kindness, and highest level of integrity.

He is survived by his loving wife of 44 years Patricia, his brothers Pierre (Alice) Loubeau of Miami and Dr. Ronald Joseph of Coral Gables, his four children, Jean-Marc, Martine, Anne-Catherine, and Christian, his granddaughter Sabrina and many nieces and nephews