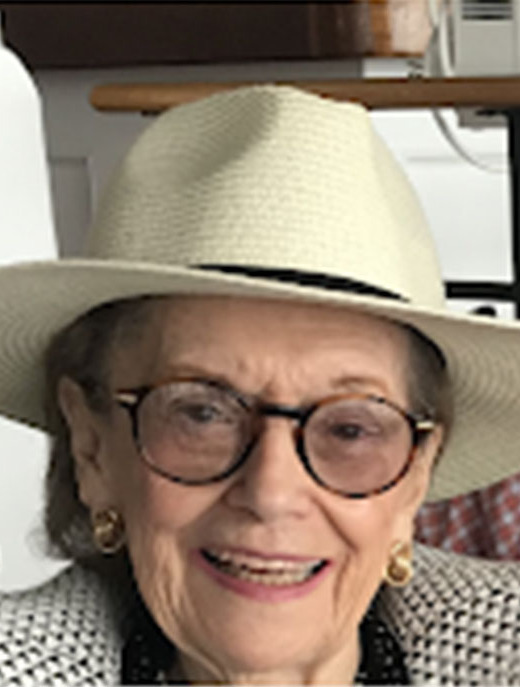 Cecilia (Ceci) Levesque Mruk of Larchmont NY, Watch Hill RI and Delray Beach FL passed away peacefully in her home on November 17, 2022.  She was born in Coventry RI August 26, 1932 the daughter of the late Mathilde Smith and J Wilfred Levesque.  She was the youngest of nine children.  For many years she was active in the Alter Guild of Sts. John and Paul Church, the Murray Ave. PTA, a volunteer of the Cancer Society and Chairperson of the Larchmont Branch of the American Red Cross.  She was a member of the Larchmont Yacht Club, the Watch Hill Yacht Club and the Delray Beach Club.  She was a communicant of Sts. John and Paul parish for more than 50 years.  She was an alumnae of the of Katherine Gibbs School of Providence RI and graduate of the College of New Rochelle in New Rochelle NY.  Ceci was an avid reader, played bridge, a regular patron of the Metropolitan Opera and loved to find treasures in antique stores.  During her life she traveled throughout Europe numerous times, South America, and the Middle East. She is survived by her loving husband of 63 years Edwin S Mruk and her two sons, Gregory of Millbrook, NY and Andrew of Westminster, MD as well as her six grandchildren and four great-grandchildren.  She was a loving wife mother and grandmother who will be missed. In lieu of flowers please send donations to the American Cancer Society or the Alzheimer’s Association.  Viewing will be held at John J. Fox Funeral Home 2080 Boston Post Road Larchmont, NY 10538, Sunday November 27th 2-5pm. followed by a funeral Mass to be held at Sts. John and Paul Church, 280 Weaver Street Larchmont NY 10538 on Monday November 28th at 10:30 am .  Her ashes will be placed to rest in Coventry, RI at a later date.