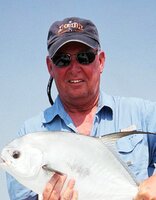 It is with great sadness that we announce that Frederick John Maudsley III, age 80, of White Plains, NY, peacefully passed away on Saturday, October 15, 2022 at Calvary Hospital in Bronx, NY after a valiant battle with emphysema. “Fred” was born on November 29, 1941 in Plainfield, NJ. Fred is survived by his brother, Richard and his spouse of Weatherford,TX, his daughter-in law, Diane, 5 grandchildren and 2 great-grandchildren, his daughter Lisa and her spouse and many loving friends and extended family. He was preceded in death by his son, Frederick John IV, his brother Charles, and his parents. He loved his grandchildren dearly and enjoyed spending as much time as possible with the family. He enjoyed attending his grandchildren’s sporting events, dance recitals, school plays, graduations, a wedding and a multitude of family celebrations. He was very proud of his son and grandchildren. One of the greatest joys of his life was spending time in the Florida Keys with his brother, fishing on the open sea. Fishing was a life-long love for Fred. Fred enjoyed careers in office supply sales and new construction where he acquitted himself in sourcing materials for residential developments. His early career included extensive experience and training in the sales and marketing of office furniture systems throughout Westchester County, NYC, NY State and Atlanta, GA. He was educated at Mercy College in White Plains, NY and industry sales and management training. Fred is cherished by many for his work in the recovery field. He was an example to dozens and he helped countless struggling men recover and live meaningful lives. Fred earned his CASAC credentials and, when he wasn't attending his “meetings”, he worked to help others, because he loved to do service. Fred sometimes projected a hard façade, but he was quick to put out his hand to help and had a soft spot in his heart for the sick and suffering in recovery. Fred had a deep and abiding passion for the spiritual path as the answer to any problems. He lived his life according to those spiritual principles and he was a powerful example to all of us of how to keep spiritually active helping others. The more hopeless a man’s situation appeared to be, the more Fred became perfectly willing to help. Pages could be written describing the accounts of the men in whose lives he intervened and positively affected. He will be loved and cherished by this fellowship forever. The visitation will be held at Fox Funeral Home, 2080 Boston Post Rd., Larchmont, NY on Saturday, October 29, 2022 from 2:30-5pm, concluding with a service at 5pm. Website: jjffh.com Donations in Fred’s honor can be made to NCADD Westchester at www.ncaddwestchester.org