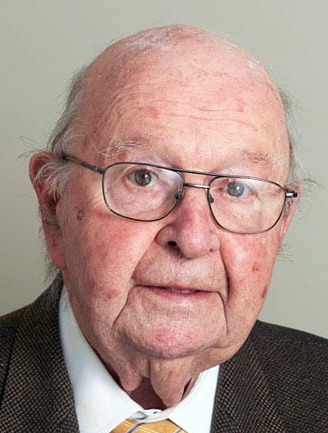 Dan attended Rice High School, shortly after graduating, he was drafted to serve his country in World War II. While in the army, he served as a medic in Germany and subsequently as a guard at the Nuremberg Trials. After returning from service, Daniel enrolled at Iona College, where he earned his undergraduate degree, and later enrolled at New York Law, where he earned his Juris Doctorate. Dan devoted his life to law, only retiring at the age of 88. He developed a reputation as a fierce and competitive yet trustworthy trial attorney. He was regarded as a true professional and a worthy advocate by his clients, the bench, and his adversaries alike.

On April 23, 1955, Daniel married Catherine M. Gormley (Kay). They were married for 65 years until the time of Catherine's death in 2020. Together they raised their growing family in the Bronx, ultimately settling in Larchmont to raise their eight children. Dan was a resident of Larchmont for over 50 years, where he had three residences, most recently residing with his daughter Mary Ellen, her husband, Albert Notarfrancesco, and their children John, Catherine, and Claire. However, 12 Gerlach Place will always be home.

In addition to his wife Kay, he is also predeceased by his daughter Catherine A. O'Connor (Cathy). He is survived by his children, Maureen, Daniel (Deborah), Edward (Bonnie), Anne Marie, Jane, John (Rosamund), and Mary Ellen (Albert Notarfrancesco), as well as his 21 grandchildren. He was affectionately known to all as "Pop."

Visiting will be on June 29, from 5–8 PM, at John J. Fox Funeral Home in Larchmont, NY. A Mass of Christian Burial will be celebrated on June 30 at 11 AM at St. John and Paul Church in Larchmont, NY. Interment will be at Gate of Heaven in Valhalla, New York.