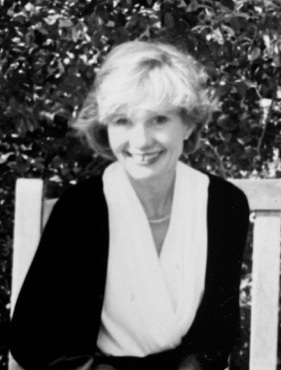 She graduated from Eastchester High School in 1951.

In 1952, she met David Glasson and soon they were wed. Together they raised four children, Carolyn, Jonathan, Cheryl, and Cynthia. An industrious seamstress she created beautiful clothes and holiday costumes for her children that often won 1st prize in local contests. In later years she spoke of that time as the ‘happiest of her life.’

Both lovers of the outdoors Dee and David, along with their family, would embark on adventures. “Jones Beach is only two hours away,” she would say and off the family would go. All together they enjoyed many summer vacations in the Adirondacks. The car was fully packed as Dee thought of everything right down to the pregnant cat, Charlie.

Later in life she met Theodore Furst at a Town Hall Meeting where she was advocating against a construction project he was proposing. Years later she began working for Mr. Furst at Duke Realty managing commercial property. It wasn’t uncommon to find her working alongside the contractors to meet a deadline. Ted and Dee travelled to over fifty countries and made friends all over the world. Their voyages were well documented thanks to Dee’s keen eye for photography. They were married in 2009.

She was a lady of impeccable style and was always dressed to the nines.  Affectionately known as the “cookie lady” she loved to send cards and sweet treats. She never missed sending a birthday or holiday card to the many people she loved. True to her affinity for the outdoors, gardening was a favorite hobby and she could often be found tying up her lilies or coaxing her orchids into bloom. She leaves behind her four children, seven grandchildren, four great grandchildren, and twenty-five orchids.

In lieu of flowers we kindly ask that donations be made in her memory to Voices of Children (voices.org.ua) for children surviving trauma in Ukraine.