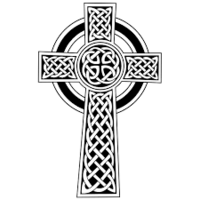 Joseph was born to his  mother Helen (Furlong) McEvoy and his father Robert McEvoy in St. Vincent's hospital in New York City. He was the youngest of 5 children. Joe was raised in Brooklyn and graduated from Erasmus High School. Joe was employed as an X Ray Technician working at Glen Cove Hospital  and East Orange Memorial Hospital. Upon his retirement he remained in New Jersey ultimately settling in Millburn . He shared a home with his beloved sister Rosemary for many happy years before her passing in 1991.

Joe enjoyed life in Millburn and was a well known member of the community as he was an avid walker around town.He spent most of his time at the music store and the local diner where he was a regular customer.He was a member of St Rose of Lima Catholic church and a frequent attendee of the Papermill Playhouse.

Joe was passionate about music spending time listening to all genres but favoring Broadway musicals.

Eventually, Joe moved to White Plains New York to be closer to his family. He resided in the same Assisted Living as his sister Dorothea.

Joe is survived by his sister Dorothea, brother Bob and his wife Medea and 11 nieces and nephews.He was proceeded in death by his beloved sisters Rosemary and Helen.

The Family would like to thank the staff of United Hebrew of New Rochelle for their loving care.A special thanks to Dr. Elaine Healy your skills and kindness did not go unnoticed.

Also, many thanks to his nieces Deirdre Coleman and Meg Jordan for their dedication and love while caring for their Uncle.
Joe will be missed but we celebrate  both his earthly life and his heavenly reunion with his family members