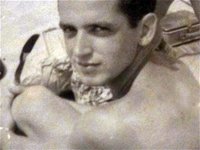 Arthur Bernard Sacks was born on March 20, 1928 in the Bronx,New York. He attended Stuyvesant High School and served in the United States Army from 1945-1947. Following his service, he graduated from Hunter College on the G.I. Bill, and in 1953 married Evelyn Schlier of Brooklyn, New York. He worked as a structural steel draftsman and was a beloved, happy family man. He is survived by his wife of 59years, Evelyn, his children, Peggy and Ron Parigoris and Michele Sacks and Alon Gratch, as well as by his four adoring grandchildren, Jordan, Ryan, Ilana and Eric. His kind and gentle spirit will live with them forever. Funeral service Wednesday 11:00 AM at the John J. Fox Funeral Home, Inc. 2080Boston Post Road Larchmont, NY 10538. Interment at Beth David Cemetery in Queens. Memorial donations to the Democratic National Committee.