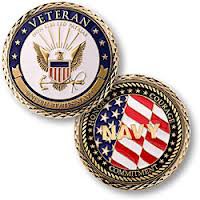 Robert M. Warner passed away on August 25 at age 91, leaving behind a large and loving family, many deep friendships, a distinguished and long career in retailing and a legacy rich in stories, passions and interests. Bob was born in Newark, New Jersey on December 23, 1920, the third of four boys, Oscar, Al and Lew, who were extremely close throughout their lives. He graduated from the University of Michigan in 1943 where he served as the student director of Hillel. The University of Michigan became a recurring theme in his life, eventually connecting him to friends, relatives, grandchildren, colleagues, and most of all, to his wife, Marcia. After serving in the Navy during World War II, he entered Harvard Business School where he thrived intellectually and found his calling in management. He graduated in 1948 as a Baker Scholar, the highest academic honor at the school. The school became an important bond; he participated in its executive seminars, encouraged his sons and others to study there and became an enthusiastic evangelist for the school. He joined Macy's training squad after graduation and that launched a distinguished career in retailing, which lasted until his death. At Macy's for 23 years, he rose to lead merchandising for home furnishings and then became the general manager of the Herald Square store, the world's largest store. Following Macy's he held senior positions at Korvette's, KG Retail and Steinbach's and then consulted for many retailers. He married Marcia Lipsett on March 12,1950 in her hometown of Jamestown, NY. Their loving and supportive relationship was his proudest accomplishment and he toasted that at all family events. He was extremely proud and close to his children, Jim, Betsy and Steve, his daughters-in law, Priscilla and Jennifer, and his grandchildren, Max, Jack, Caroline, Elliot and Mallory. Bob will be best remembered for his vigorous passions and friendships. He started jogging before the term was invented, skied into his mid-80's, led sailing expeditions in the Long Island Sound and Maine, played tennis and swam throughout the year into his 90's. He was able to complete a mile swim at age 90 at Beach Point Club, another one of his beloved institutions. He leaves behind lifelong friendships across generations including waiters at Camp Onibar, students at Michigan and HBS, business colleagues, high school students that he mentored, friends of his children and children of his friends, tennis partners and members of the Friday lunch group that he founded at Beach Point. His warmth, outgoing and engaging nature, curiosity, humility, generosity and devotion will always be remembered and will serve as a role model for generations. The funeral service will be held today at 12 Noon at Larchmont Temple, 75 Larchmont Avenue, Larchmont, NY. The family will sit Shiva at 1015 Nautilus Lane, Mamaroneck, NY today through Thursday from 6pm-8pm with minyan services at 7:30pm. Please send contributions to the Children's Museum of Manhattan, 212 West 83rd Street, New York, NY 10024, (212) 721-1234.