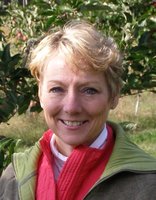 Diane passed away peacefully on September 14 after battling the increasingly debilitating effects of a rare neurological illness called multi-system atrophy for a number of years. She is the beloved wife of Russell, adoring mother of Cianne, dear sister of Robin Geberth Maliscewski and her husband Frank of Jacksonville FL, sister in-law of Randi LaRussa and her husband Larry of Henrietta, NY, loving aunt of their children David (Riham), Larry (Erica), Tina and Lori (Marco Tocco) and great aunt of six nieces and nephews. A long-time resident of Larchmont, NY, Diane had a 36-year career primarily in the financial services industry, including at Drexel Burnham Lambert, the NASD, E.F. Hutton and for 20 years at Citibank, most recently in a senior management role at the Citibank US private bank from which she retired in 2014. She was a long time, active member of St. John’s Episcopal Church in Larchmont where she served as an usher and on the garden committee. She and her husband Russ became a couple in high school and had been married for 44 years. They enjoyed travel, gardening and spending time at their vacation home in Sag Harbor, NY. She was also a devoted mother who always managed to attend her daughter Cianne’s class trips, other school activities and to otherwise be present in her daughter’s life despite the demands of her career. Diane was a shining light to all who knew her with a boundless generosity of spirit which she never hesitated to put into action in ways large and small on behalf of all those in her life. A memorial service is planned for Diane at a future date when it becomes safer to meet together. Donations can be made to the Multiple System Atrophy (MSA) Coalition. The family plans to hold a memorial service for Diane at a future date when it is safer to gather.