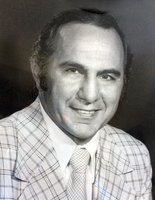 In Memory of William “Bill” Alexander Ploumis beloved husband, father, grand-father and great grand-father. Born in 1932 near Pittsburgh, on his last day he remained his typical self, witty and cogent, until his last few hours, where he drifted into sleep and passed away surrounded by his beloved family on June 18, 2020 at his home in Eastchester. Coming from Greek immigrant stock, he was the third son of Evangellos and Kreousa, ‘ Rosie, ’ Ploumis. Bill was educated at Western Kentucky University where he was the star player of the football team in the early fifties. After a brief stint with the L. A. Rams, he married Athena Frathellos, with whom he had four children, and became an orthodontist, eventually settling in Larchmont with a practice straddling both New Rochelle and Larchmont. Subsequently spending 25 joyous years with his second wife Eleni, he enjoyed a rich life of sailing, traveling the world over and being a craftsman. A devout family man with a wry sense of humor, he is survived by his children, Eric, Celeste, Vanessa and Damon, as well as six grand -children Alexandria, Adin, Orestes, Ares, his namesake William, and Constantine as well as two great grand-children, Aurora and one baby on the way that he learned of on the day before he passed . Most of all, he loved being with his family, living for and living through his progeny. His fervent desire was to be in their midst, which God granted him this through his final moments. Eternal be his memory!