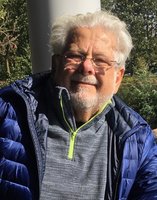 Robert S. Rivituso of New Rochelle, NY passed away on June 10, 2020 at Weill Cornell Medical Center after a courageous battle with cancer. He was 77 years old. Bob was born in Brooklyn, NY on November 30, 1942 to Helen and Sam Rivituso. He spent his early days in Ozone Park, Queens. After World War II, his family moved out to Wantagh, NY where he spent the remainder of his childhood and attended Levittown Memorial High School. He earned his degree at Hofstra University. Upon graduation, he served in the US Army where he was stationed in Germany and developed his love of Europe. He started his career in advertising at Kenyon & Eckhardt, followed by Cunard Line and spent the remainder of it at McCann-Erickson, which he would say was fun, until it wasn’t. After retiring, Bob spent part of the year in Padua, Italy, where he took Italian immersion classes, ate wonderful food, drank wine, and made dear friends whom he cherished. When he was home he could be found at Horseshoe Harbor Yacht Club, where he previously had served as Commodore. He adored sailing and was often seen crossing the Long Island Sound on any given weekend. Bob never stopped learning; he was a constant student of life and loved to share that knowledge. He was known for his acerbic wit and storytelling. He loved researching his family heritage and the Italian language. He was a history buff and lover of all the arts, but especially opera. He found great joy in travelling, cooking for his family and friends, the perfect espresso, NPR and collecting coffee makers. But there was absolutely nothing he loved more than his grand-daughters Ella and Quinn as well as his beloved Lagotto Romagnolo, Virgil. Bob is survived by his children Christopher Rivituso of London, England, his daughter Nina McCarthy (Thomas) and his grand-daughters Ella and Quinn McCarthy of Severna Park, MD; his brothers Richard Rivituso (Jean) of Wantagh, NY, and Ronald Rivituso (Donna) of Lindenhurst, NY; his niece Jeanine Kennedy (Michael) of Clemmons, NC; his longtime companion Sue Elsesser of Larchmont, NY and of course, Virgil who was by his side through his entire battle. He will be fondly remembered by many friends and neighbors, all of whom he treasured. A memorial service and celebration of his life will be held at a later date.