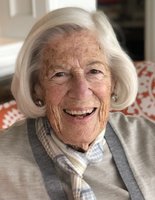 Dorothy “Dot” Hyman Roberts passed away Thursday morning, June 11th, 2020 in her apartment in New York City at the age of 91. Dot was the Chairman (when she assumed the role, she refused to modify the title on account of her gender) of Echo Design Group, Inc., a fashion accessories and home design company that has been in business and owned by the Roberts family since 1923. Prior to that, since 1978, Dot served as CEO and President of Echo. Dot has worked at Echo with her daughter, Lynn, since 1975, and with her son, Steven, since 1978. Later, her daughter-in-law, Meg, and her grandson, Charlie, joined her at Echo. Dot was an iconic, beloved member of the fashion industry, a mentor to so many, and a true leader. She was an early member of the Committee of 200 (an organization of women business leaders), the 1997 winner of the Ernst and Young Entrepreneur of the Year award, and a winner of the Accessories Council’s Lifetime Achievement Award. Dot was born on December 6, 1928 to Edgar C. and Theresa Hyman, Echo’s founders. She worked at and led Echo Design for nearly 70 years – she would have celebrated her 70th Echo Anniversary just a few weeks from today on July 2nd. As she loved to explain, she graduated college, got married the next week, went on a two-week honeymoon, and immediately joined her father and the rest of the team at Echo Scarfs, as it was called at the time. There were 10 employees. She was given a clipboard and told to walk around and do whatever anyone didn’t want to do. Her responsibilities grew, but she was always content to let others take on the leadership role: When her father died, her husband, Paul Roberts, ran the company. However, in 1978, Paul died unexpectedly. Overnight, Dot became the company’s President and, soon, trailblazing female leader. At the time, Echo worked closely with many Japanese manufacturing partners, who were skeptical of Dot’s ability, as a woman, to lead. They came, checked in on her, and offered to help her find a man who could lead the business for her. She confidently advised them that she would be just fine. Over her tenure, she led the business to new heights. With Dot at the helm, Echo signed a license with Ralph Lauren, which it has held since 1983. The company has partnerships with a variety of private label accounts including Coach, Talbots, J Jill, Brooks Brothers, MoMA, and the Smithsonian, almost all of which Dot was instrumental in building, in addition to selling branded products to most major department stores and over 1200 specialty stores. Apart from the energy she brought to her business, Dot was, at her core, a lifelong New Yorker and a happy matriarch. A longtime resident of the Upper East Side, she took advantage of everything the City had to offer; she was a lover of theater and New York’s many museums, and she traveled all over Manhattan to see the latest movies — anything that wasn’t animated was on her list. She was there for the opening of Union Square Café in 1985, and had a standing Saturday lunch reservation for decades, joined by a rotating cast of family and friends, and always ending with her favorite dessert: the Espresso Chocolate Cake. (They once removed the cake from the menu; she single-handedly convinced them to reinstate it.) Dot remarried in 1983, to Paul Cohen. They each brought two children to their marriage, and soon had nine grandchildren. As an only child, she took great joy in her large extended family. In addition to organizing family trips and holiday events, she spent every Sunday afternoon calling each of her nine grandchildren to catch up. Dot is survived by her daughter, Lynn Roberts (Mark Wolfson), her son, Steven Roberts (Meg Roberts), her two step-children and their partners (Lizabeth Cohen, Herrick Chapman, Peggy Cohen, and Todd Stone), nine grandchildren, and two great-grandchildren. The family will be honoring Dot’s life in a private funeral ceremony on Sunday with a larger celebration of her life to follow in the future. Related Articles: https://www.forbes.com/sites/benjaminsetiawan/2019/11/20/eat-like-a-local-dorothy-dot-roberts-in-new-york-city/#459252c658d0 Copy and paste link into address line