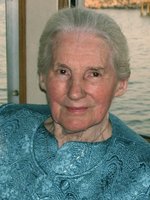 Skrapits Mary (1926-2020). Rest in Peace. Mary Skrapits (Marica) passed away peacefully at the Mary Manning Walsh Home in Manhattan, New York, on Thursday, April 16, 2020 at the age of 94. She was born February 26, 1926 in Northampton, Pennsylvania, the daughter of Anton and Johanna Skrapits. Before the Great Depression and through World War II, she with her mother and her younger twin sisters, Johanna (Hanna) and Anna (Nanica), went to Szentpéterfa (Petrovo Selo) in Hungary, where they lived in the family Lukačevi dolnje home. Their father remained in the United States to find work, and to send money back to the family so that they could eventually build a new home. After the war ended, Mary, at age 21, and her sister Johanna, returned to the United States to Manhattan where their father worked, and Mary settled in the Yorkville neighborhood. Years later, her mother and sister Anna also returned to New York. Mary is survived by her three remaining children, Joseph, Johanna Jean, and Theresa, her son-in-law Ken Simek, her two grandchildren, Ken and Lisa, and two great grandchildren. Joey, her son, writes that she was the hardest-working, most-loving person he has even known: "We love you, mom, and we'll see you again, in Heaven!"