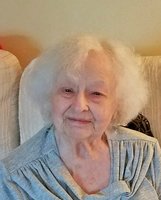 Ursula (nee Eisner) Nathan, 100, of Larchmont, passed away peacefully on March 11, 2020 at the United Hebrew Center in New Rochelle. She was born on January 7, 1920 to Willy and Anna Eisner in Nordhausen, Germany and had two brothers, the late Fred Eisner (of Germany) and Heinrich Eisner (of Brazil). Her teenage experiences during the rise of the Nazis in the late 1930s left an indelible mark on her conscious. She was forced to leave school in Nordhausen and transferred to the Goldschmidt Schule in Berlin. She spent four wonderful months at Goldschmidt during 1939 and studied to pass the German Abiturium. She improved her English and stenography skills afterwards, which proved valuable later on. In her personal story for the book “Passages From Berlin: Recollections of the Goldschmidt Schule 1935-39” by Steve Heims (1987), she wrote: “The seemingly easy-going life at the Goldschmidt Schule was like a dance at the edge of an abyss, and we all knew it. Yet it changed me from a very unhappy person, due to having been a social outcast in school over several years, to a happy one.” Later that year, after World War II had begun, she traveled from Berlin to Italy and then to New York City on the Saturnia and reunited with her brother Fred and mother Anna. Ursula graduated in 1945 from Hunter College with a Bachelor of Arts degree cum laude and was elected to Phi Beta Kappa. While pursuing her degree, she also worked as a legal secretary up until 1952. In 1955, she and her family moved to Westchester and lived here for the last 65 years. For many years, Ursula served as the treasurer for both the Westchester Chapter of the Hunter College Alumni Association and the Phi Beta Kappa Alumnae in New York. She also belonged to Westchester Reform Temple for nearly 50 years and participated in its Sisterhood. Ursula’s interests included: travel, opera, cooking, reading, playing Scrabble and keeping up with the news. She was the wife of the late Henry R. Nathan for 51 years and is survived by her devoted son, Lester, of Lincoln, RI. Contributions in her memory may be made to either the Hunter College Foundation in New York, the Phi Beta Kappa Society in Washington DC or the Metropolitan Opera Association in New York. A graveside funeral will be on Sunday, March 15, 12:45 pm at Sharon Gardens Cemetery in Valhalla. Friends are invited to sit shiva with the family on Monday, March 16, from 5 to 8 pm. The family would like to thank the following caregivers for their devoted service during Ursula’s final years: Annie Davis, Catherine Gannon, Shirley Coyle and Kathleen McElligott.