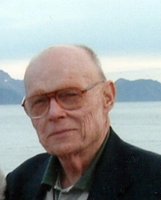 Thomas Merritt McEvoy July 14, 1924 - March 2, 2020 Thomas Merritt McEvoy died peacefully at the age of 95 on March 2, 2020 at Calvary Hospital in New York. He was born on July 14, 1924 in Brooklyn, New York, and his family moved to Westchester County in 1928, where he lived between New Rochelle, White Plains, and Larchmont for the majority of his life. Tom attended St. Augustine for his early education, followed by Iona Prep, from which he graduated with Honors in 1941. He enrolled at Massachusetts Institute of Technology, but postponed his college education to fly B24s during World War II as part of the Army Air Corps (later the Air Force) in the European arena serving with the 491 Bomb Group. Tom returned from the war to MIT, where he was the president of his fraternity, Beta Theta Pi. He earned a Bachelors of Science degree in both Engineering and Business Administration. His career started beside his father, where he helped run the family’s ecclesiastical garment business, followed by many years of working for D.F. MacNamee and Company, specializing in road, bridge, and land development construction. From 1963 until 1987, he served as President of that family business, honored with the Anthony Tocci Scholarship Foundation Labor Management Civic Achievement Award in 1964. Tom was also honored as a Knight of Malta for his lifelong dedication to caring for those in need. His devotion to healthcare started early: Tom joined South Shore Medical Center Board of Governors in 1974, for whom he chaired the Buildings & Grounds Committee, leading the charge to complete the Joyce Pavilion and main building renovation in 1982. In 1950, Tom married Celia Jane “Susie” MacNamee–and he memorably proposed to Susie after just three dates. Tom and Susie raised their four children Tom, Brian, Maureen, and Linda in Westchester, where they became beloved members of the community. Greatly civically engaged, Tom was active in the Boys and Girls Club of New Rochelle, which awarded him Man of the Year in 1972 and helmed the area Rotary Club, which awarded him “Service Above Self” in 1975. Tom served as the President of Wykagyl Country Club and was a Governor for Winged Foot Golf Club in Mamaroneck. Tom loved golf, especially in later years with Susie and any grand-sons-or-daughters hoping for the chance to play those famed links. Throughout his lengthy career, Tom had other professional affiliations including serving as Vice President of Ward Pavements, Inc., Dover Stone & Sand Co, and Westchester Colprovia Corporation, in addition to being named Trustee of Westchester Heavy Construction Laborers from 1970-87, as well as being named a Director of Westchester Federal Savings and Loan from 1974-88. Retiring from DF MacNamee in 1989, Tom quickly found himself invited to join Henry Fries Real Estate, where he was a commercial broker from 1989 to 2000. Tom is survived by his wife of nearly 70 years, Susie McEvoy (they were recently commemorated for being one of the longest married couples in New York Diocese) and his four beloved children Tom, Brian, Maureen, and Linda. Tom also had 11 grandchildren, Kaitlyn McEvoy, David McEvoy, Brian McEvoy Jr., Thomas Lott, Timothy Maloney, Christopher Lott, Michael “Seamus” Maloney, John Lott, Maggie Maloney, May-Lin McEvoy, and Meghan Lott, and 3 great-grandchildren, Edward McEvoy, Isabella McEvoy, and Colin Lott. His quick wit, selfless service to others, devotion to his family and his community will be greatly missed by all. Viewing hours will be at Fox Funeral Home, 2080 Boston Post Road in Larchmont on Friday, March 6. A funeral mass will be held Saturday March 7 at 11:00 am at St. Augustine’s Church, 18 Cherry Avenue in Larchmont, New York. Donations in Tom’s memory may be made to the charity of your choice.